A long, strange journey from cats and fishermen to chocolate bars and color-stealing goblins 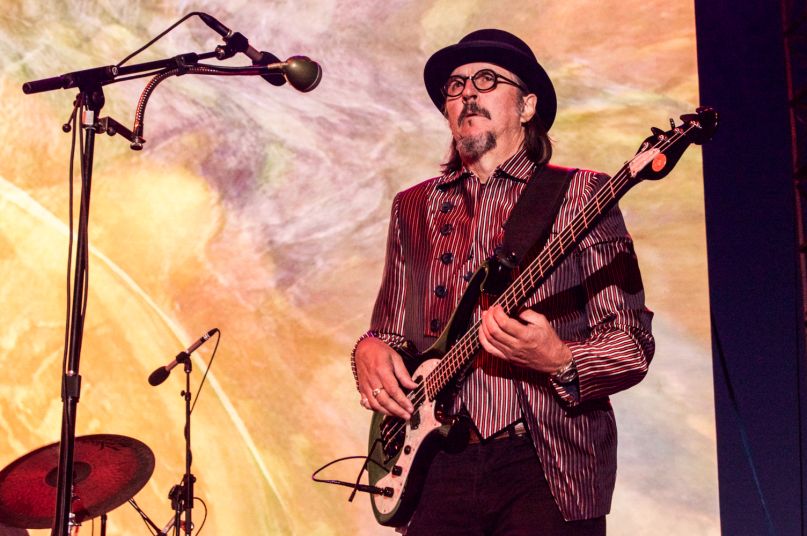 Les Claypool // Photo by Amanda Koellner
view all
Next

A few days prior to the release of his band’s ninth album, you might expect the prolific Les Claypool to be locked away in some mysterious laboratory, cooking up some kooky ideas, thick, nebulous smoke bubbling beneath his feet. But instead the Primus frontman dials in after staying the night at a bed and breakfast in the middle of New Jersey, noshing on a bowl of pistachios. “It was this little, old lady’s house, and it smelled like mothballs,” he laughs. It’s a guttural chuckle. A beautiful, bellowing chime that exemplifies his passion for life. But don’t think for a second that Claypool will be taking a break from his fearless rock and roll eccentricities to start crocheting doilies. He and his wife were merely taking a day off before he returned to New York to jam with Sean Lennon, his partner in The Claypool Lennon Delirium.

Between the many different lineups of Primus and his many friends and family members that contributed to the band’s success, Claypool has a lot of moving pieces and characters to remember when looking back through his 28-year catalog. Each successive album jars a few more nutty names and legendary musician pals. With very few musicians would a guy called Flouncin’ Fred be lauded in the same breath as Tom Waits. But that’s the key to Claypool’s career: finding extraordinary, unexpected connections in music and twisting his desires into existential songwriting — and having a goddamnfucking great time doing so.

Now, click ahead as Claypool takes you from Suck on This to new album The Desaturating Seven, tracing his career from a cat named Tommy and a fisherman named John through to a set of goblins who steal the color out of the world.