Jennifer Lawrence is a seductive and deadly spy in Red Sparrow trailer: Watch 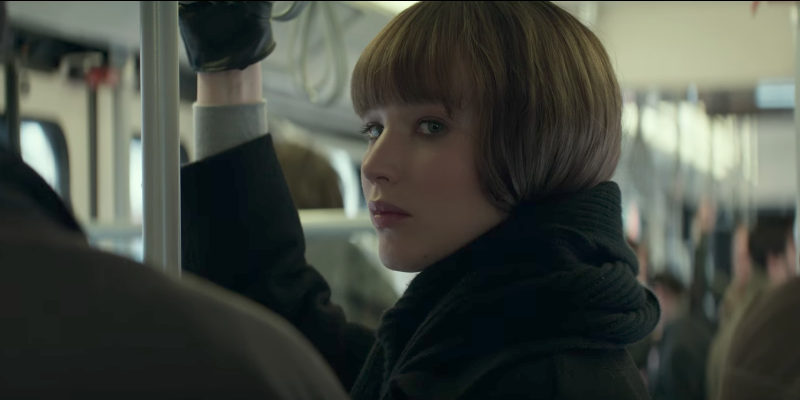 Francis Lawrence is no stranger to directing Jennifer Lawrence in films based on books named after birds. They worked together on both The Hunger Games: Mockingjay entries (as well as on Catching Fire), but their next avian book adaptation won’t be so kid-friendly. The pair have re-teamed for the upcoming spy thriller Red Sparrow, which sees its first trailer released today.

The 20th Century FOX release is based on a 2013 novel by Jason Matthews, a former CIA operative who sold the rights to the book before it was even published. Red Sparrow centers on Dominika Egorova (Lawrence), a Russian prima ballerina whose career is ended by a serious injury. Desperate to secure her future for herself and her dear mother, she winds up enrolled in the Sparrow School, an intelligence service that molds young men in women into seductive and deadly spies. It sounds something like Atomic Blonde mixed with Fifty Shades of Grey and hints of The Avengers’ Black Widow, but all done very stylishly and geared towards a hard-R rating.

You can watch the preview up above and find the official synopsis below.

“Dominika Egorova is many things. A devoted daughter determined to protect her mother at all costs. A prima ballerina whose ferocity has pushed her body and mind to the absolute limit. A master of seductive and manipulative combat. When she suffers a career-ending injury, Dominika and her mother are facing a bleak and uncertain future. That is why she finds herself manipulated into becoming the newest recruit for Sparrow School, a secret intelligence service that trains exceptional young people like her to use their bodies and minds as weapons. After enduring the perverse and sadistic training process, she emerges as the most dangerous Sparrow the program has ever produced. Dominika must now reconcile the person she was with the power she now commands, with her own life and everyone she cares about at risk, including an American CIA agent who tries to convince her he is the only person she can trust.”