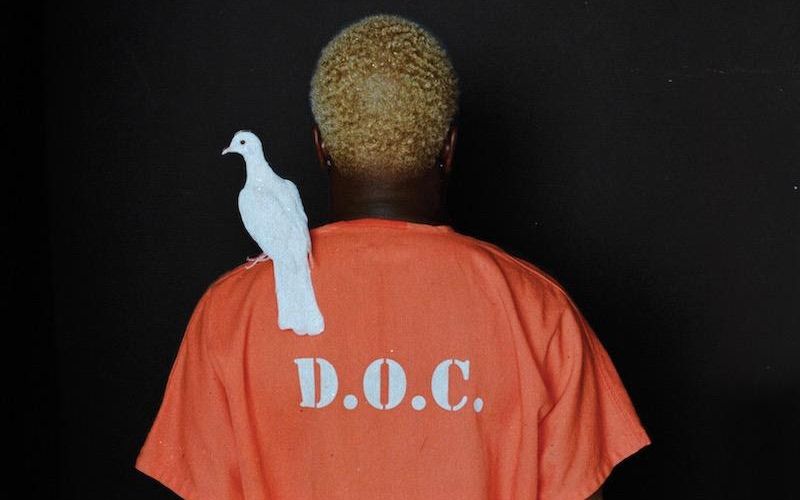 The installment leads off with “Mrs. Lynch, Your Son is the Devil”, a haunting introduction track that opens with background singers chanting, “You’re going to be bad forever.” After the beat switches up, IDK enters the song with a frenetic flow reminiscing about his troubled past.

Next up in the narrative is “Maryland Ass Nigga” with Swizz Beatz, which finds IDK explaining how he became the “first one in my family to see the penitentiary” over a trunk-rattling beat.

Finally, IDK flags down the elusive DOOM for a verse on the posse cut “Pizza Shop Extended” alongside Del the Funky Homosapien and Yung Gleesh. On the track, IDK details how the streets led him to a life of a robbery while DOOM adds to the narrative with wisdom like “Never do no types of discussions around dealings/ Telephone bring repercussions to your well-being.”

Hear the tracks below.

IWASVERYBAD will be available in full on October 12th via Adult Swim and on all streaming platforms October 13th via HXLY/Commission Music.