Democratic Socialists come out in support of the Juggalo March on Washington, DC 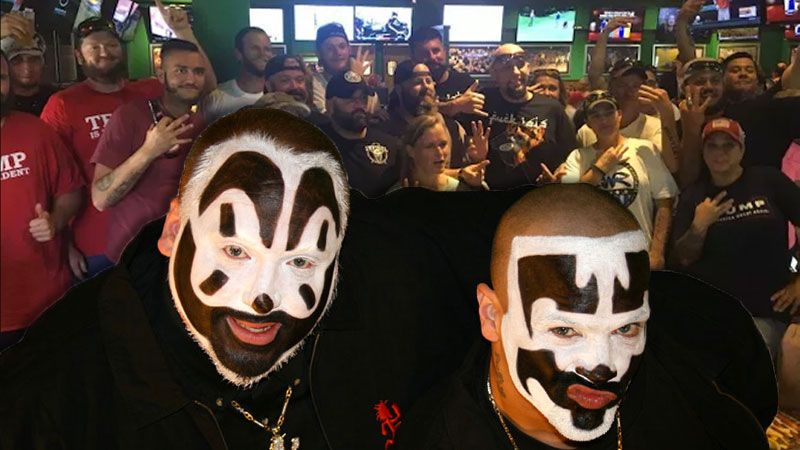 The stage has already been set for a clash of cultures in Washington, D.C. on September 16th. Tomorrow, Insane Clown Posse fans participating in the Juggalo March will attempt to share real estate in the Washington Mall with the Mother of All Rallies pro-Trump demonstration. It’s anyone’s guess what’ll happen when the two protests come into contact, but the Juggalos suddenly have found a new ally in the Democratic Socialists of America (DSA).

The DC chapter of the socialist organization expressed their support of the Juggalos on Thursday through a statement issued on the group’s website.

“Juggalos have often been the subject of parody, but we cannot dismiss their treatment as a joke,” the DC DSA said in the statement. “Juggalos who display ICP logos or other fan markers have been detained by police, subjected to harassment, lost custody of their children and more.”

“DC DSA is committed to addressing state repression wherever it occurs, and this means offering solidarity and support to groups on the front lines,” the statement continues. “We do not seek to co-opt the Juggalo’s march, but rather offer support to those fighting injustice… We will be offering cold Faygo and snacks to Juggalos marching next weekend, and will provide information on socialism to whomever wants it.”

“More importantly, we will be showing that socialists will not stand by as the state targets marginalized people. Solidarity forever.”

The Juggalos are set to march in protest of the FBI’s classifying of Juggalos as “a loosely organized hybrid gang.” Meanwhile, the alt-right adjacent M.O.A.R. bills itself as “the Woodstock of American rallies” while seeking to “demand protection for traditional American culture while they express their love for the United States and the America First agenda.”

Both parties emphasize their events are planned to be peaceful public demonstrations, so let’s hope the two groups can co-exist on Saturday without any incident.