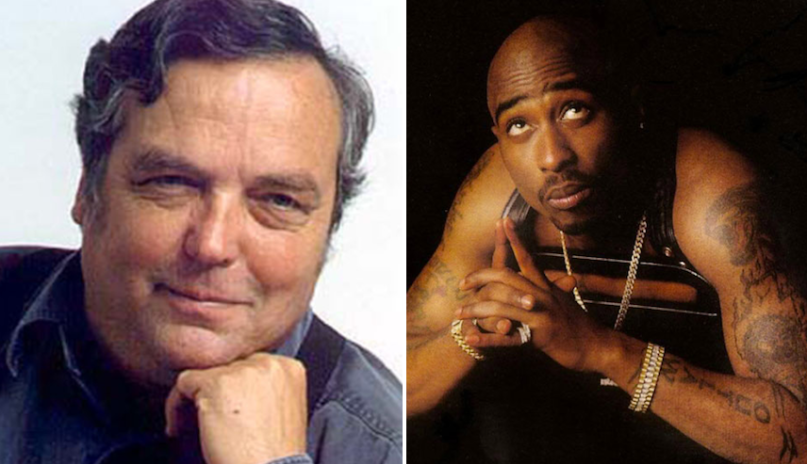 It’s a great honor to become a country’s poet laureate, a recognition of a writer’s great talents and contribution to the literary canon. But it seems once French poet Pierre DesRuisseaux was done with his term as Canada’s poet laureate, he chose to rest on his laurels in a way that would get you a failing grade in Lit 101. DesRuisseauz is now accused of plagiarizing up to 30 different poems in his 2013 French-language collection Tranches de vie (which translates to Slices of Life) — including one by Tupac Shakur.

DesRuisseaux served as Canada’s fourth poet laureate (and attractive Steven Bannon impersonator) from 2009 to 2011. He passed away in January 2016 at 70 years old before accusations of his plagiarism came out. Those arose in May later that year when Canada’s current laureate, George Elliott Clarke, gave a reading of past laureates’ work. A poet named Kathy Figueroa noticed a similarity between one of DesRuisseauz’s poems and Maya Angelou’s iconic “Still I Rise”.

From there, British poetry sleuth Ira Lightman began looking into the matter. He discovered that while none of DesRuisseaux’s work before his laureate days appeared to be stolen, 30 of the 50 pieces published in Tranches de vie could be traced to other sources, from famous poets like Angelous to rappers like Tupac to a teenage girl named Nicole Renwick who posted on allpoetry.com about loving her Xbox and cats.

For instance, here’s an English translation of DeRuisseaux’s “When I’m Alone”:

“Sometimes when I’m alone I cry
Because I’m alone.
The tears I cry are bitter and burning.
They flow with life, they do not need reason.”

And here’s a verse from Tupac’s “Sometimes I Cry”:

Yes, plagiarism can occur even when a few words are changed. Lightman at first thought this must have been a citation error, that DesRuisseaux was translating other authors’ work into French and simply failed to credit them in the book. But as he discovered poems from more amateurs like Renwick, he became more convinced something was fishy. “I just don’t know what he was doing — whether he was randomly searching or putting in key words,” he told Huffington Post.

Lightman first brought his suspicions to the attention of Montreal-based publisher Éditions du Noiroît last year. The company said only about 100 copies of the book had ever been sold and they promptly pulled remaining printings from the shelves. Lightman only went public with the story in a recent profile on the Guardian because he never intended to besmirch DeRuisseaux’s reputation.