The accident "wasn't his fault," according to a representative for the actor 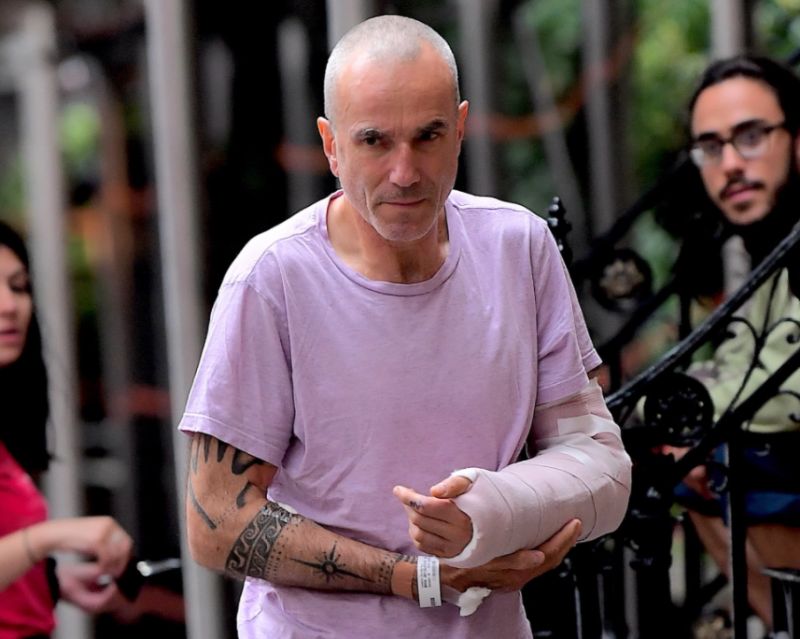 On Wednesday, Daniel Day-Lewis stepped out into public for the first time since announcing his retirement from acting in June. Unfortunately, the three-time Oscar winner looked worse for the wear as he was spotted wincing and hobbling in pain, with his arm wrapped in a cast. And, no, he wasn’t method acting.

According to Page Six, Day-Lewis was recently injured in a motorbike accident. A representative for the actor confirmed to People that his arm was indeed broken, but assured the concerned public that “he is fine” after the accident. According to a source from yesterday’s report, Day-Lewis was wearing a helmet during the crash and no one else was hurt. Apparently, the accident “wasn’t his fault.”

Day-Lewis’ final role will come in Paul Thomas Anderson’s forthcoming Phantom Thread. Though many details are still unknown, the film is about a dressmaker in 1950s-era London who is commissioned to design for members of high society and the royal family.” Radiohead guitarist Jonny Greenwood has been tagged to compose the score. It’s set to hit theaters on Christmas Day through Focus Features.