Björk announces new single “The Gate”, due out later this month

Presumably the first single off the Icelandic artist's Vulnicura follow-up 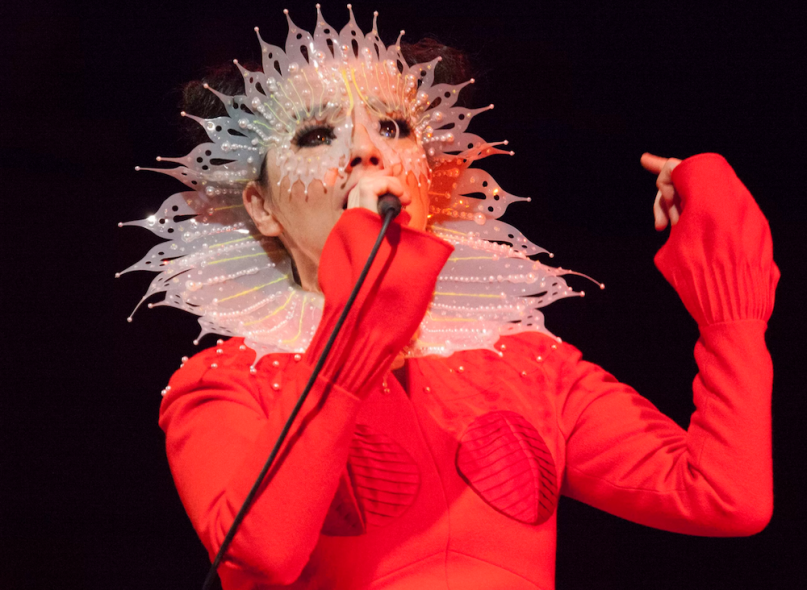 Last month, Björk revealed that her new album would be coming out “very soon.” Now, the Icelandic artist has announced the LP’s first single. It’s titled “The Gate” and due out digitally September 18th (with a 12-inch release available on the 22nd).

In a previous interview with Dazed, Björk described the Vulnicura follow-up as her “Tinder album,” adding that it’s “about being in love. Spending time with a person you enjoy on every level is obviously utopia…I mean, it’s real. It’s when the dream becomes real.” The forthcoming single seems to embody this idea of utopian romance:

“‘The Gate’ is essentially a love song, but I say ‘love’ in a more transcendent way. Vulnicura was about a very personal loss, and I think this new album is about a love that’s even greater. It’s about rediscovering love – but in a spiritual way, for lack of a better word.”

A music video for “The Gate” looks to also be on the horizon. Filmed recently in Los Angeles by longtime visual colleague Andrew Thomas Huang, it sees Björk “wearing a bespoke dress designed by Gucci’s Alessandro Michele and a headpiece by regular collaborator James Merry.”

Pre-orders for “The Gate” can be found here. The as-yet-untitled album, which is believed to be co-produced by Vulnicura associate Arca, is also still up for pre-order.