A fascinating look at an artist near his absolute pinnacle 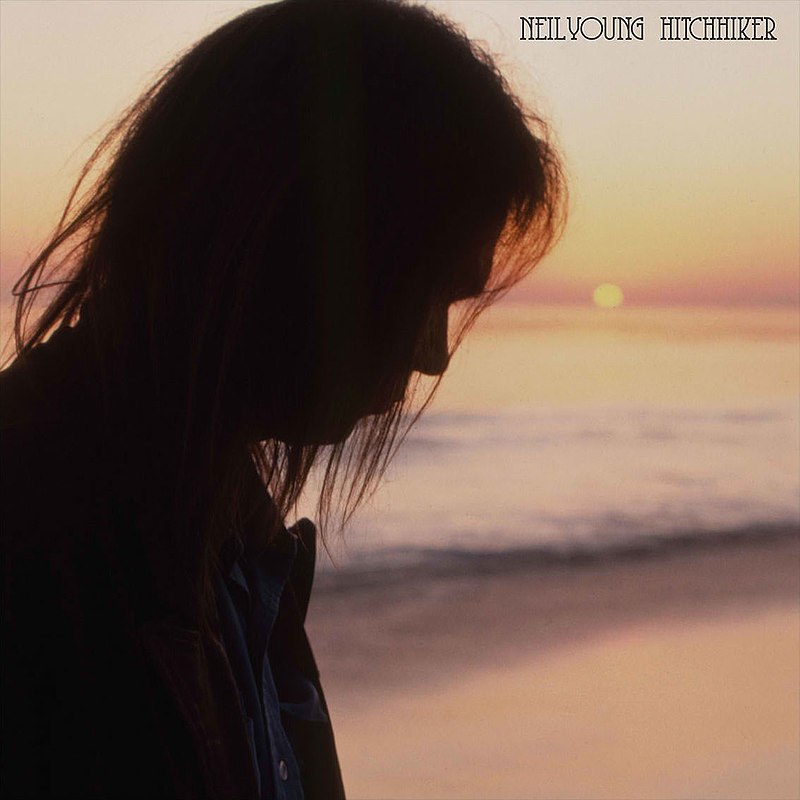 Even as he’s settled into his mid-70s, Neil Young has continued to record at a blistering pace. Since 2010, Young has released roughly an album per year — with only one consisting of covers. When word trickled out that the long-discussed Hitchhiker was slated for release following 41 years in his vault, fans’ excitement went into overdrive. Old Rusties (aka Young diehards) have clamored for the release of the widely bootlegged album for decades. Along with the previously released Chrome Dreams, which belatedly arrived in 2007 as Chrome Dreams II, Hitchhiker has been one of the most-discussed non-released albums in the Young catalog.

Hitchhiker came during a time when Young was at his most prolific. It is one of several unreleased albums from Young’s fruitful mid-‘70s period. Despite the pivots, misdirections, and his exploration of obscure sounds in the following decades, Hitchhiker is the calm, yet urgent portrait of an artist at the subdued peak of his creative powers when everything came easy.

Many of the songs from these formative sessions remain live staples and are among the most popular in Young’s repertoire. A number of the songs were released on other albums — later ‘70s works like American Stars & Bars and Comes a Time and as recently as 2010’s Le Noise — but they were reworked from these original versions. Though 8 of the 10 were eventually released in different forms, hearing the songs in their primal state hearkens back to a time when a musician could work on new material loosely (and heavily under the influence) without the pressures of an overbearing Internet.

What makes Hitchhiker such a vital work within the Young catalog is its spontaneity, sharp vision, and spellbindingly sharp writing. Though he’d been working on and off high above Malibu at Indigo Ranch Studio for two years, he recorded all of the Hitchhiker tracks in a single sitting on August 11, 1976. Future versions of songs, like the rollicking “Powderfinger”, the tender “Pocahontas” (recorded in an incredible 20 minutes), and the bold “Human Highway” became beloved fixtures in his setlists. The lyrics of “Campaign” (released on the greatest hits compilation Decade) reflects the anxieties of post-Nixon America. The only thing that could stop Young and engineer David Briggs was when the singer needed to refuel on a cocktail of weed, coke, and beer.

One of the more understated influences of the Hitchhiker session was its importance in bridging Young’s country rock period and his Godfather of Grunge phase. The DNA of these songs, inherently, allows for heavier improvisations and jams, which suited Crazy Horse just fine. Yet, the soul of the album is debatably found on the two tracks that were unreleased. Both the stunning “Give Me Strength” and the loose “Hawaii”, which may or may not have been a CSNY song, are Young at his rawest. The former, even in its incomplete form, would have fit on a collection at nearly any point in his career. He could have turned it into a heavy rocker or allowed its country folk (including a middle harmonica solo) to be a warm addition to Harvest Moon.

With an artist who has as an extensive library of unreleased material, Hitchhiker gives fans, and perhaps even Young himself, a finality to one of the his best albums — released or dormant. It’s easy to hear how “Powderfinger”, based on the structure of this version with its pacing and pauses, could balloon into a nearly 10-minute urgent jam when Young plays it with Crazy Horse or even Promise of the Real. Brief pauses along with brisk pacing — even acoustically — show how in control of his craft Young was during the mid-‘70s.

Like anything the singer-songwriter does, there are always questions about timing. Why release Hitchhiker now? Is it political, since there are Nixon references, or is it something else? Though it will be easy for some fans to consume themselves with this question, they shouldn’t. That this album has been rescued from the annals of history and sprung from Young’s vault is a victory in itself and a fascinating look at a day in the life of an artist at his absolute pinnacle.