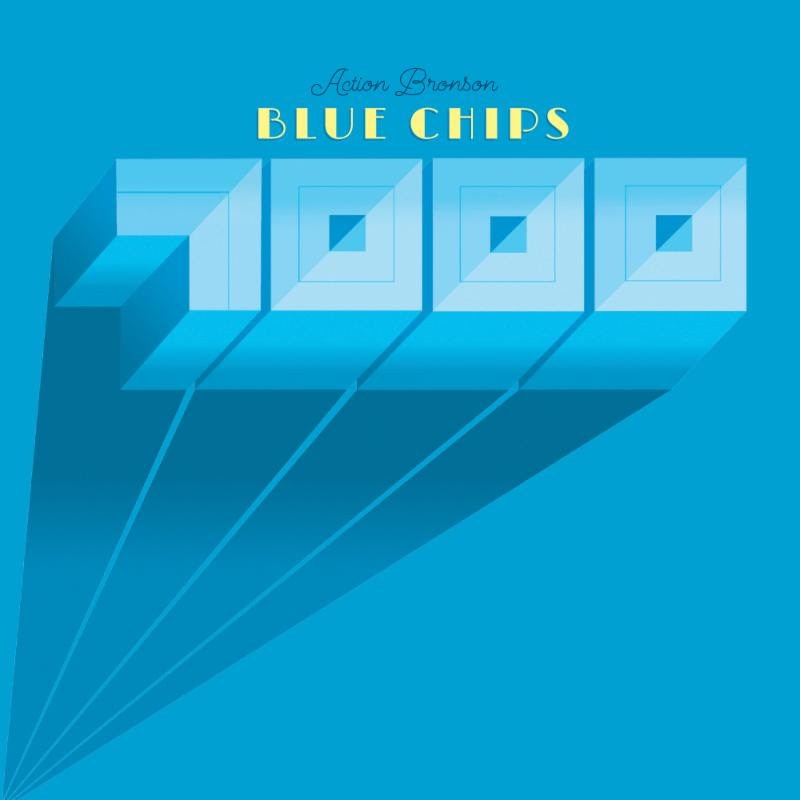 Action Bronson’s in a trap. One that befalls many great artists of note, like Nas and Weezer, who crested early in benchmark work that has inexplicably made the supposed bleeding-heart faithful excessively critical of anything to come since. They want more of the same one day, hock flak for repeating themselves another, and ultimately the artists have spent the bulk of their careers being thrusted unhealthily between zeroes and tens. Ditto Travis Morrison of The Dismemberment Plan to a less culturally well-known extent. For their most recent efforts, Nas and Weezer have been allowed more of a humane grading rubric, but for the most part, their fans have turned their back on most that they’ve done since 1996.

Bronson is neither as lauded as these two famed workhorses nor as certain to fall. But he quickly painted himself into a corner without trying. On 2011’s very good Dr. Lecter and 2012’s fantastic Blue Chips, Albanian-American chef Arian Asllani rapped wisecracking and sexist tall tales about good food and wild women, two realistic-seeming pursuits that his semi-nostalgic rap audience could relate to, plus he’s fat, so there’s a self-deprecating undertone built in. The beats were simple in that they looped funky samples just like all the rappers now considered passé but complex as the arrangements from the movie scores and obscure vinyl Bronson’s collaborators mined have more sonic breadth and rhythmic facility to them than the arid synth-Auto-Tune-808 palette of the current hip-hop landscape. Give him some funny videos, loads of quotable lyrics, and Viceland fame with a few TV shows leading to memorable talk show appearances, and you have the biggest boom-bap artist of the 2010s.

This also means he’s the biggest rapper to have no chance of a hit song, not least because the stuff his fans love most doesn’t really have choruses. In 2015, Bronson’s proper debut album, Mr. Wonderful, attempted to rectify that, and it genuinely did all the right things. It toned down the misogyny to some stray boasts, thinned the dependence on food a bit, and it honored his deep-crate soul sonics while still expanding them into fulfilling new territory: Drake mastermind Noah “40” Shebib gave the single “Actin’ Crazy” a mesmerizing backwards accordion loop, and Chance the Rapper helped out on the spectacular “Baby Blue”, along with a hilarious Coming to America tribute video and a tangle of triumphant horns at the end. “Easy Rider” was a beautifully psychedelic, off-into-the-sunset album closer. But though it debuted at No. 7 on Billboard’s Top 200, it neither broke him in the mainstream nor won new praise from old fans, who felt he was overreaching, interpolating Billy Joel’s “Zanzibar” on the opening “Brand New Car”, or spending a three-song suite detailing a “Thug Love Story”. Turns out plenty of people just wanted food, sex, and samples.

In its name alone, Blue Chips 7000 is a regression that wants it both ways: an album that hopes people think it’s a mixtape. It’s completely risk-averse, designed to please his faithful because he’s not really convinced there’s anyone else. And who could blame him? But at the same time, it plays like a step backward, and Bronson sounded like he was having more fun singing Billy Joel. The funky-by-default samples and drums and Inspector Clouseau guitars now vie with airy, Gaucho-like vibraphones and halted piano for a lounge-jazz fetish that too many boom-bap producers use as safety material. It’s weird; why not bring back Party Supplies, the Jim Steinman of Action Bronson who gave the first two Blue Chips installments their backbone? Harry Fraud, Knxwledge, and Alchemist deliver top-drawer beats that lean hard on kitsch, but there’s too much routine and wheelhouse in it, and no real highlights or fun bubble to the surface of a record that tries too hard to be just solid.

Some of the raps are indeed quotable: “This dick’ll make an R&B chick write a song about the rain when it falls/ And the pain that it causes” on the opening “Wolfpack” and “My chick said I look like Kevin Bacon/ I’m not sure if that’s a compliment or not but I’ll take it” on “Bonzai” are winners that stretch his usual M.O. of “cooking flesh over charred bark.” Worthy one-liners (“I’m always eating dinner/ Still got the body of a swimmer”) and non-sequiturs (“I never trust a dude named Angel”) are abound, but so are nonsensical ones (“I must’ve been a junkie in my past life”) and dull hooks (“The wheels on the Range go chop chop chop”). Longtime buddy Meyhem Lauren gets off a good abstraction in “Hot Pepper” about  “suicidal doors, bipolar necklaces.”

But all the unfunny opening skit on Action Bronson’s second real studio album really serves to do is showcase that he lies to women. Eventually all the “supermodel sucking while I steer” and “roll a big fat blunt so you know I’m gonna sleep good” over Curren$y-style Marriott lobby music in “La Luna” blurs together and makes the lap of semi-luxury sound more tedious than it’s worth. Blue Chips 7000 is wholly listenable, and it’s possible to imagine longtime Bronson fans calling it a comeback even if they have trouble recalling titles. But it’s a holding action whose worst quality is that it leaves you worried about him repeating himself again. It’s time to move forward, and Mr. Wonderful was lightly chastised for doing a damn good job of figuring out how. A collaboration with Rick Ross (“9-24-7000”) and a dance cut for “basic bitches” (“Let Me Breathe”) aren’t it. If Bronson doesn’t have the courage to follow his muse again, he stands a greater chance of fading away.