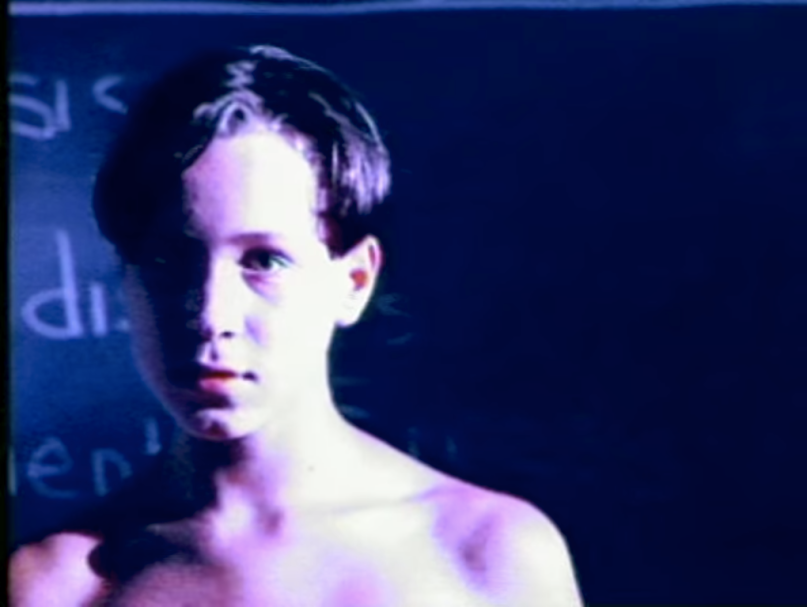 You might not know Trevor Wilson’s name, but, if you even casually watched MTV in the ’90s, you’ll know his face. He played the title character in Pearl Jam’s video for “Jeremy”, and many would say his performance was as integral to the video’s success as the song itself. In a new piece for Billboard, writer Gil Kaufman explores the young actor’s life and reports on his tragic death last August, when he drowned in Puerto Rico almost 24 years to the day after the “Jeremy” video release.

Kaufman spoke to Wilson’s friends and family, and also gets some insight into the making of the video from director Mark Pellington and cinematographer Tom Richmond. Pellington said he cast Wilson because in his audition he was “not like everyone else. He had something wrong with him.”

“We were shooting our brains out for weird hours, in weird locations in the woods, with some shots where we start crazy close to his face with lights blasting him in the face,” said Richmond. “He was totally cool with it. He wasn’t giggling or [asking for] a candy bar. He was like an old pro, it was almost weird.”

Wilson wasn’t comfortable with all the attention he received for the video, however, which led him down an alternative career path with the United Nations. In his life, he did field work for the United Nations Development Programme and apparently wrote speeches for the then-Egyptian president Hosni Mubarak’s wife, Suzanne.

Wilson spent his final months in Puerto Rico, where he seemed to be planning his next step in life. Pellington recalled breaking the news of Wilson’s death to Eddie Vedder, and raised the possibility of the band honoring him in some way. Pellington said things got emotional during this chat with Vedder. “I grew up on the Jersey Shore, Ed grew up in the ocean as a surfer… so with Trevor drowning, it connected on a lot of abstract levels,” he added.

The entire piece is illuminating, humane, and heartbreaking. Read it over at Billboard.