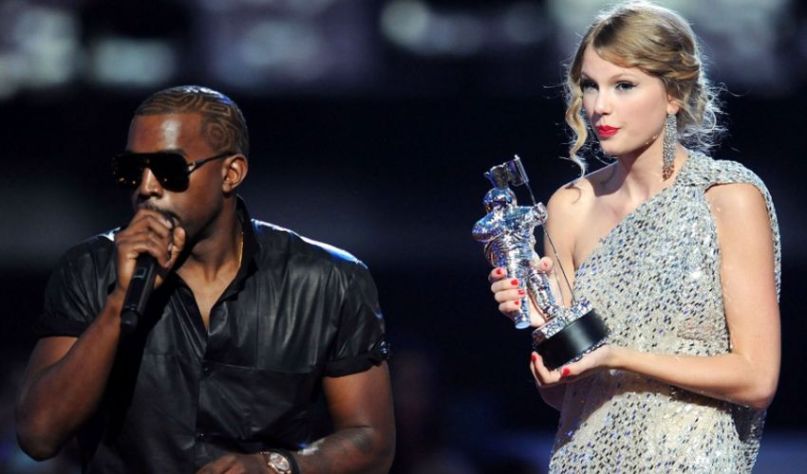 Taylor Swift appears to have some choice words for Kanye West on her new single, “Look What You Made Me Do”, but the singer has denied speculation related to her upcoming album’s release date and the anniversary of Donda West’s death. Reputation is slated to arrive on November 10th, which comes 10 years to the day of Kanye’s mother’s death.

Swift’s camp contends it’s a mere coincidence, telling PEOPLE, “It is standard practice that releases come out on Fridays and we locked in this release date based on other Universal Music Group releases. There is no correlation.”

But the lyrics on “Look What You Made Me Do” have led some to believe otherwise. In the song’s opening verse, Swift publicly rebukes her longtime rival, singing, “Don’t like your titled stage/ The role you made me play,” likely in reference to West’s Saint Pablo Tour stage setup. Later she seemingly makes reference to the leaked phone call between her and West involving  the rapper’s controversial name-check on his song “Famous”. “I’m sorry the old Taylor can’t come to the phone right now. Why? Oh cause she’s dead,” Swift sings, mimicking an answering machine.

If it is merely a coincidence, it’s crazy to think not one on her team managed to catch it for the mere sake of avoiding the ensuing drama. Then again, all publicity is good publicity, especially when the song itself leaves much to be desired.

ok i was done complaining about taylor swift i felt gross n w/e and then i saw this n absolutely fuck taylor swift pic.twitter.com/ws9LYkmeFu

I dabble in pop culture pettiness for fun but this……

why are ppl acting like taylor swift would intentionally release an album on the anniversary of donda west to get to kanye???

That Taylor Swift x donda west conspiracy is such a reach lmfaoo. Y'all giving t-swizzle too much credit when she's not THAT creative