From Telephono to Hot Thoughts, the frontman traces his career from guitars to robot girls 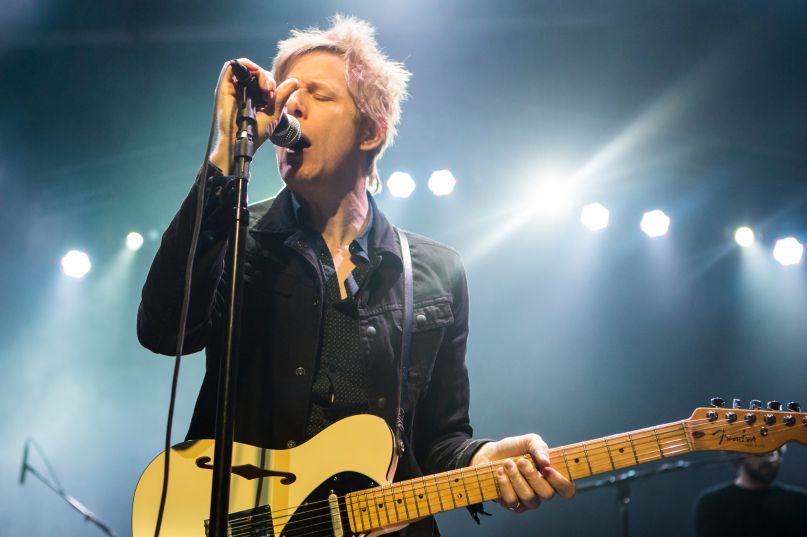 As Spoon announce a 10th anniversary reissue of Ga Ga Ga Ga Ga, revisit what frontman Britt Daniel had to say about the album and the rest of his band’s discography.

On the morning before one of Spoon’s first shows supporting new album Hot Thoughts, Britt Daniel exudes an inordinate calm. I’ve asked him to take a journey back through each of Spoon’s nine albums. He remains unfazed, speaking softly yet confidently, his memory sharp and his opinions sharper. And yet, he doesn’t seem the type to spend a lot of time looking back at his own records. “I don’t listen to them often,” he shrugs. “I listened to Transference about a month or six weeks ago because we were trying to figure out songs to play on the next tour.”

Perhaps constantly looking forward is the very reason that Spoon have produced such a fluid, evolving catalog of albums. Daniel and Co. have evolved mightily from their early Wire- and grunge-indebted debut, incorporating everything from Motown tones to vibraphones into their artful indie punk and rock. And yet there’s a constant core to Spoon. Their collaborators and influence palette have changed, but Daniel and drummer Jim Eno continue to churn away, revealing new shades of their vision for the band.