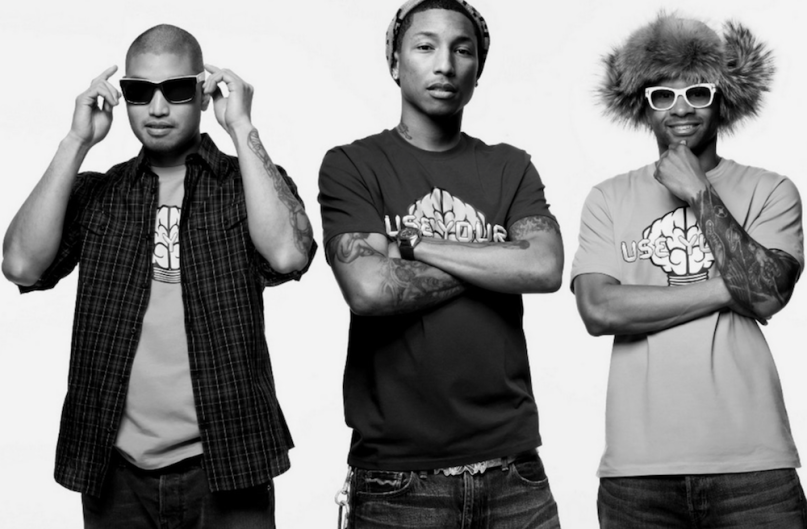 N.E.R.D. are set to reunite later this fall at the 2017 ComplexCon in Southern California. The performance marks the group’s first since taking the stage at Tyler, the Creator’s 2014 edition of Camp Flog Gnaw Carnival (an occasion so momentous it brought the Odd Future rapper to tears).

The three-piece contributed to the soundtrack to 2015’s The SpongeBob Movie: Sponge Out of Water, but haven’t put out a proper full-length since Nothing in 2010. However, at last year’s ComplexCon, Pharrell Williams gave fans hope that a new album would someday materialize. “There answer is yes,” he answered when asked about an LP. “When it’s time.” During his Beats 1 Radio show two years ago, he also debuted a previously unheard N.E.R.D. song called “Locked Away”.

"There answer is yes. When it's time." —@Pharrell on whether we'll see a new N*E*R*D album #ComplexCon #OTHERtone

Outside of N.E.R.D., Pharrell has kept up a nonstop schedule, his prolific solo career highlighted by collaborations with Daft Punk and Hans Zimmer, production assistance for Beyoncé and Frank Ocean, and of course, his soundtrack work. His last album came with G I R L in 2014.

2017 ComplexCon goes down November 4th and 5th at the Long Beach Convention Center. Other performers include a rare US performance from M.I.A., along with DJ Khaled, Young Thug, D.R.A.M., Gucci Mane, ASAP Ferg, and more.