The title track from the pop singer's forthcoming album 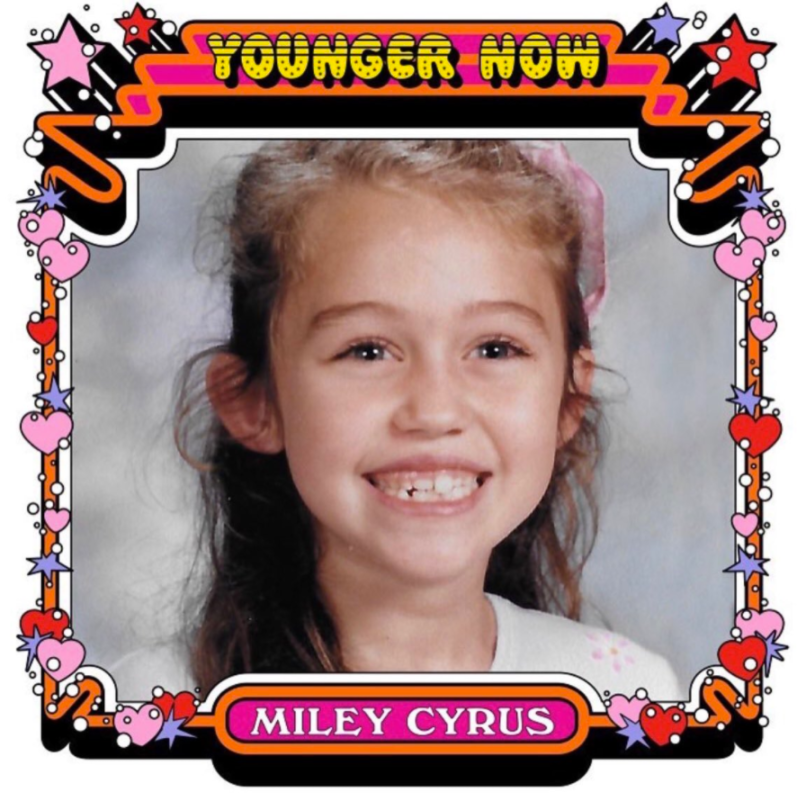 Miley Cyrus’ last album was her out-there collaboration with The Flaming Lips, 2015’s Miley Cyrus & Her Dead Petz. She’s spent the time since reclaiming her once wholesome image in the run up to her new solo effort, Younger Now. Ahead of the album’s September 28th release date, we’ve heard endearing alt-country pop gems like “Malibu” and “Inspired”. Now, she’s unveiled the album’s title track, which features a grade school portrait as the cover artwork.

The track itself is a soaring reclamation of the changes Cyrus has gone through over the years, ending with a declaration that she now is the best version of herself. “I’m not afraid of who I used to be/ No one stays the same,” she proclaims. “Change is a thing you can count on/ I feel so much younger now.”

Update: Cyrus has also shared a video for the track.