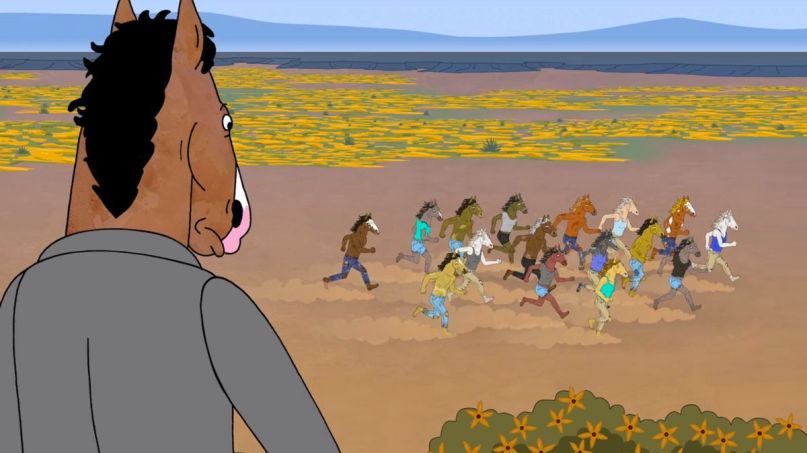 Michelle Branch and The Black Keys’ Patrick Carney are a perfect match in more ways than one. In addition to being engaged, the pair have also proven themselves inspired artistic collaborators. Carney produced, co-wrote, and played drums on her comeback album, and has also performed live with her. Now, the duo has teamed up again for a cover of America’s 1971 hit “A Horse With No Name”.

The subdued, romantic rendition was recorded for Bojack Horseman‘s forthcoming soundtrack, which is due out on September 8th. Listen to it below.

“BoJack Horseman is such a unique and trail-blazing show that I am proud to be associated with as an artist and love to watch as fan of television,” Patrick Carney said in a statement. “It was life-long dream of mine to write a theme song for an animated horse who drinks too much and is constantly struggling with depression.”

Back in 2014, Carney recorded the Netflix animated series’ opening theme.

Bojack Horseman‘s new season arrives on September 8th, the same day that the soundtrack drops. View its full tracklist below.