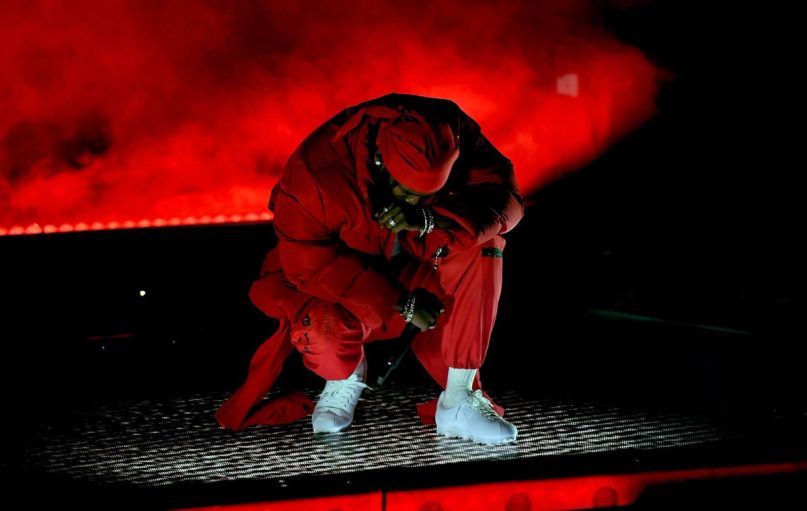 Kendrick Lamar had the honor of opening this year’s MTV VMAs, and his performance was unsurprisingly one for the ages. Compton’s favorite started off with “DNA.” from DAMN., a track which samples FOX News’ response to Lamar’s infamous appearance at the 2015 BET Awards. This time out, he embraced his new Kung-Fu Kenny nickname by rapping while ninjas flipped through smoke around him as he made his way to the main stage. When he got there, a sword-dancing warrior was lit completely aflame, doing choreography while fully engulfed. Once that fire was out and Lamar went into the eight-time nominated “HUMBLE.”, more flames were lit as ninjas climbed the barricade behind him.

“HUMBLE.” is up for Best Cinematography, Best Direction, Best Visual Effects, and Video of the Year, and Lamar’s performance certainly was worthy of equal recognition. Check it out below.