Film Review: What Happened to Monday 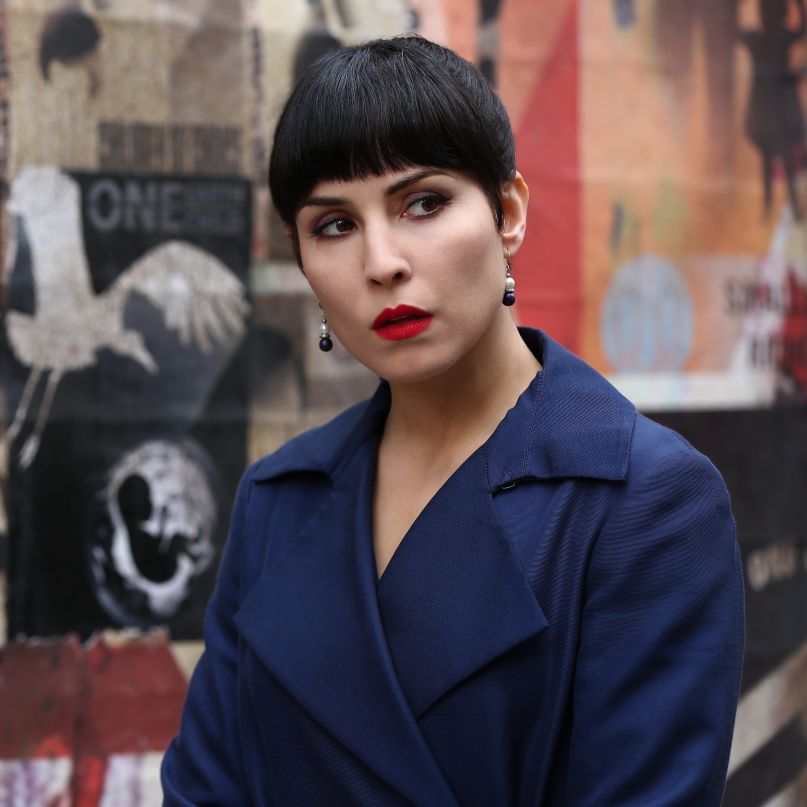 There was this great rumor about Matt Damon and Ben Affleck’s first draft of the Good Will Hunting screenplay. The duo won Oscars for their soulful examination of genius angst, but supposedly, the first draft wasn’t so sincere. It featured car chases, G-men looking to exploit Will’s genius, proper action, and the like. Oscar winner William Goldman may have had a hand in re-writing and scaling back the script to a cleaner, more emotional place. (For what it’s worth, the made-up airplane escape in Affleck and Chris Terrio’s Argo script loosely suggests some truth to this gossip.) The point is that their first pass was stock nonsense, for such a perfectly interesting core conceit.

True or not, What Happened to Monday feels like a similarly great example of first-draft writing, and what happens when baser instincts take over a decent idea. Seven sisters in seclusion, hiding in a dystopic society that doesn’t allow for siblings because of gross overpopulation? Cool! That premise, extrapolated with low-rent action scenes that rob the film of any meaningful ideology? Not so cool. Rolling out on Netflix, director Tommy Wirkola and writers Max Botkin and Kerry Williamson’s sci-fi actioner squanders its solid concept with a bitter lack of creativity or insight. What Happened to Monday feels less like a film than a pitch that was strong enough to market, with little concern for its artistic follow-through.

In one of those leaden, expository introductions, it’s established that the year is 2073. Despondent news broadcasts suggest a world in turmoil. Overpopulation is on everybody’s mind, and the Child Allocation Act (CAA) is martial law. The CAA is a generically evil-looking government organization that enforces a one-child-per-family mandate. Are preventative measures in place? Seemingly not. Do parents get to Sophie’s Choice their families? Unclear. Because this is grim sci-fi, all that’s seen onscreen is the CAA’s use of Gestapo tactics on small children, bringing them in to be cryogenically frozen until overpopulation is solved by the Act’s clearly evil leader, Nicolette Cayman (Glenn Close, doing that “evil businesswoman” thing she now seems to be typecast into). “Awake to a better world” is their slogan.

Say hello to Monday. And Tuesday. And Wednesday. And every other day of the week. These are the names of seven evidently identical sisters, all played by Noomi Rapace. For the sake of brevity, we’ll say that she plays the Settman sisters; in public, their shared identity is Karen Settman, the name of their deceased mother. Through a great deal of rule-making exposition, it’s revealed that the sisters were raised in hiding by Terrence (Willem Dafoe).

Terrence trains the seven to work together and mask their individual identities. It’s a fascinating game of sibling survival, as they hide in crawl spaces and practice how to be the same girl in the outside world. Each sister can go out on the day of the week that corresponds to their name, but they play Karen Settman. And if one sister, say, destroys a finger, then all must chop off that same finger. Monday initially commits to its cat-and-mouse games, with dashes of familial guilt and pathos, and it’s in these moments that the film is at its strongest.

The Settman sisters are now 30. Rapace, through trick photography and editing, plays a swath of familiar types. There’s the bookish four-eyed sister. One is hungry for a fight. There’s a shy sister, a hippie sister, and a chummily promiscuous sister. While she’s never given great lines or time to truly draw out the roles, Rapace more than ably distinguishes the sisters on quick terms. Don’t worry about getting the names – you need only know the archetypes. However, once the best parts are in place, the script embarks on a more predictable and wholly clichéd route. Think Children of Men: Dumbed Down. Or the Equilibrium to a far superior Matrix, if that reference clicks. The sisters work together to get a big promotion at the CAA as a form of resistance espionage. They’re gonna take down the CAA and blow the lid off nefarious corporate practices, or some such.

This is a B-movie through and through, with a taste for whoop-ass. Is the action good? Well, in the beginning, at least. It’s enjoyable enough watching several Noomi Rapaces go wild on the black-hat baddies invading their home. The blonde sister wails on one enemy with an iron. The nervous Nellie with the pot of boiling water takes on another guy. And the kickboxing, take-no-shit sibling squares up admirably. The actress ably embodies distinct types, and manages to propel the story. She’s the film’s saving grace(s). The onetime Lisbeth Salander is a great fit for this sort of nervy action heroine, and she’s more than capable of legitimizing Monday at a basic level. She can be feisty, frightening, and even a little fearful. It’s a commendable set of performances, but that’s not enough to sell this septuple dud.

The steam runs out fast with one generic chase after the next, forgettable gunplay, and gory violence. Its ham-fisted double crosses and half-baked moral dilemmas amount to little. The ideas fueling this fantasy were stale a decade ago. Stop if you’ve seen or heard of the following lately: blue-and-red digital displays, glass touchscreens, Blade Runner-esque alleys, identification bands, “Together We Survive” propaganda signs, retinal scans, recorded memories, cryo-banks, desaturated environments. Monday looks and feels derivative of so many other sci-fi and action movies, complete with Zimmer-esque horns and a synthesizer score, tactical truck-and-gun enemies, and a muted, steely aesthetic. It’s 2073, and the bad guys still use the guns of today.

Monday is ultimately an exercise in blown potential. The sky’s the limit for Wirkola and Rapace, and there’s something resembling a head-gaming Philip K. Dick novel buried within its framework. Who are the sisters Settman, in a world that won’t allow them to simply be? Maybe this needed more time, or a studio to shape it into something more provocative than its eventual machine-gun mediocrity. What Happened to Monday, indeed?