The surprising move is intended to "cut costs" for Fox 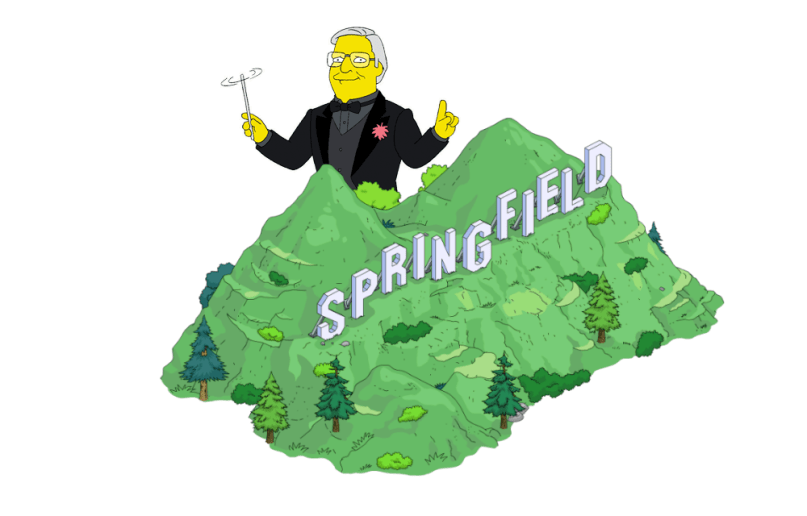 Composer Alf Clausen has been fired from The Simpsons, ending a 27-season run of providing music for television’s longest running scripted show,

Variety reports that Clausen was told the show was “seeking a different kind of music,” an odd statement considering what a big part of the show Clausen’s 35-piece orchestra has been over the years.

Series creator Matt Groening has insisted that the orchestra be used from the start of The Simpsons, and Clausen’s compositions often perfectly underscored many of the show’s most iconic moments over the years. Speculation is that Fox is looking to cut costs with the Clausen firing as the overhead of maintaining a 35-piece orchestra have run into the millions in recent years, but The Simpsons have long been a source of massive profits for Fox, so the move is a confounding one. Clausen is one of the most celebrated composers in television history, receiving 21 Emmy nominations for his work on the show and winning two. Clausen has been nominated 30 times total, making him the most nominated musician in Emmy history.

(Read: He Put the Spring in Springfield: A Conversation with Alf Clausen)

Fox’s miserly ways have threatened to derail the show that saved the fledgling network back in the 90’s more than once over the years, including a 2011 spat with the show’s iconic voice actors that nearly ended The Simpson’s historical run. Given this news, I’m reminded of one of the many, many swipes at Donald Trump’s preferred network The Simpsons has taken over the years—this one from the classic 2000 episode “Missionary Impossible” in which Bart clowns Fox’s founder Rupert Murdoch directly during a pledge drive:

Ah, how quickly Fox forgets. Check out some of Alf Clausen’s greatest hits below, read up on our picks for the ten best songs from The Simpsons and consider this story yet another reason to disparage Mr. Bur—excuse me, Mr. Murdoch, and his network. Although Clausen will have no trouble finding work, it will certainly be odd not seeing his name in the credits of The Simpsons’ upcoming 29th season.