Luckily, the role of Alex Kintner was played by a seal 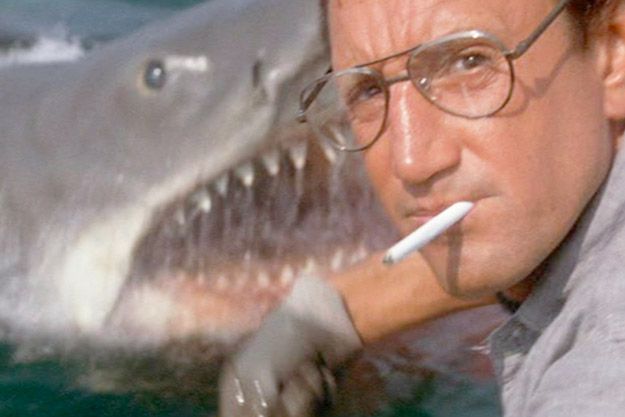 In a series of events plucked straight from Jaws, a Cape Cod beach is currently the setting for a great white shark scare. The good news? The attack that prompted the whole thing was on a seal, not an adorable little boy.

“This shark, that attack that got videotaped off Nauset, that was very close to shore and very easily could have been a small child and not a seal,” said Commissioner Ron Beaty. “It’s very easy for these sharks to mistake a person for a seal. They’re just looking for something to eat. God forbid it’s somebody’s child, and by that time, it’s too late. We can’t wait for that.”

Footage posted online did nothing to quell the community’s fears, as it shows an expanding pool of blood and beachgoers recoiling and running away in fear. The beach was temporarily closed shortly after.

Beaty, no doubt a stand-in for Jaws’ Mayor Larry Vaughn, is proposing a “shark hazard mitigation strategy” near the area’s popular beaches, a process that would involve catching the sharks with baited drum lines and shooting them dead. Hey, that sounds familiar.

(Read: Why the Jaws Shark Looks Fake and How That Works to the Film’s Advantage)

“From my viewpoint, based upon the sharp increase in shark-related attacks and incidents around Cape Cod in recent years, there is a clear and present danger to human life as a result of this growing problem,” Beaty said, though the Boston Herald notes he didn’t cite any statistics.

Greg Skomal, a state Division of Marine Fisheries biologist and this scenario’s Richard Dreyfuss, is skeptical as he says he’s “wondering what the shark hazard is,” as sharks feed on seals almost every day. Skomal also notes that the last attack in Massachusetts was in 2012, and the last fatal attack goes all the way back to 1936.

“Between those years,” he elaborates, “I don’t know of any white shark attacks.”

Whether this “shark hazard mitigation strategy” actually rolls out depends on whether or not Beaty finds his Quint.