"My father is the opposite of a man / it's almost impossible to love him," goes the song's opening lyrics 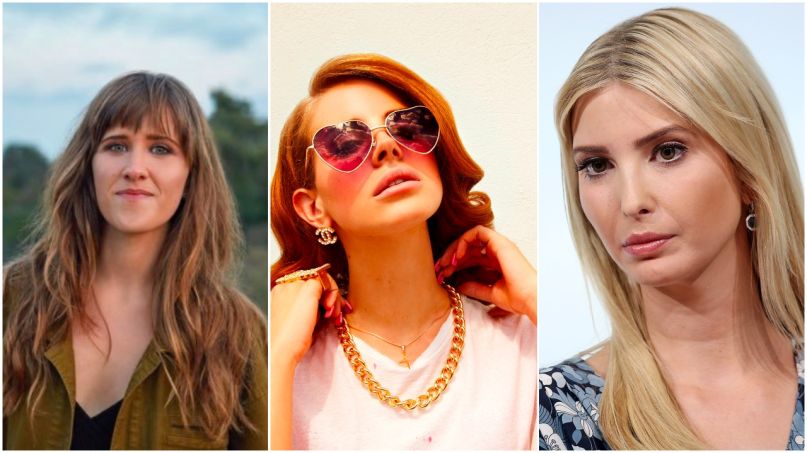 Ivanka Trump might be everyone’s favorite Trump (besides Tiffany, of course), but that’s not really saying much. She’s not only downplayed her father’s abhorrent behavior, but also undermined women’s rights by spouting empty feminist rhetoric while still supporting the president’s misogynistic policies. But those are just a few of the reasons why the below video is so satisfying.

Parody musician Nick Lutsko pieced together lyrics from a variety of Ivanka’s speeches, then tapped former Dirty Projector Amber Coffman to sing them in her best Lana Del Ray impression. Coffman’s performance is perfect, and the lyrics are consistently hilarious, with lines such as, “My father is the opposite of a man / it’s almost impossible to love him” and “My entire life has almost always been a major production.”

Listen to the whole thing below via Super Deluxe.

Previous Story
Why Curation, Innovation, and Location Are the Future of the Modern Music Festival
Next Story
The Jesus and Mary Chain and Sky Ferreira record new version of “The Two of Us”: Stream
Popular
More Stories
[fu-upload-form form_layout="media" title="Submit Your Photo"][input type="hidden" name="ugc" value="1"][/fu-upload-form]