Alt-right ding-dong Milo Yiannapoulos crashed the VMAs, made a big show of it

MTV says they didn't invite him, dismisses the thirsty, flamboyant firebrand as "noise" 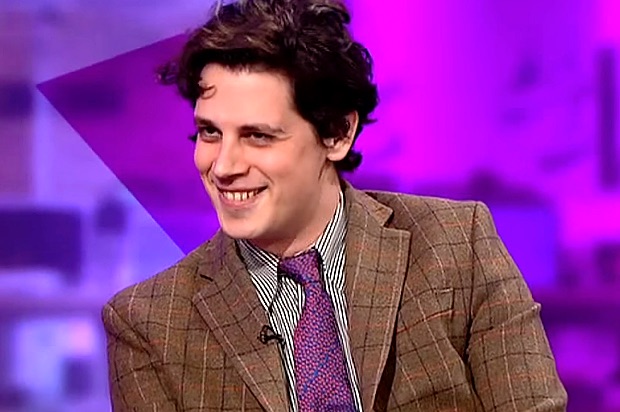 For a while now, the most notable aspect of the MTV Video Music Awards has been its commitment to shining a wide, bright spotlight on progressive politics and social issues. This year, for example, gave a platform to six transgender service members and found Michael Jackson Video Vanguard Award winner Pink speaking out on the power of androgyny. It came as something of a surprise, then, when viewers began noticing alt-right provocateur and thirsty fame hound Milo Yiannapoulos in attendance.

The former Breitbart writer, whose high-profile book deal was yanked away earlier this year after he seemed to endorse pedophelia in a rediscovered interview, is known for his theatrical, put-on shows of misogyny and xenophobia, whether it be via his prominent #GamerGate platform or the dopey right wing audience he amassed in its aftermath. Regardless, he doesn’t mean a word of it. He just loves the attention, and that’s why it served as no surprise that he made a bigger show of his attendance than those who noticed him. He posted multiple Instagrams of himself at the event, including one where he shook his head while listening to YG’s “FDT (Fuck Donald Trump)”.

MTV told Mic in an e-mail that the network “did not invite him,” and that the event had been about unity, positivity and inclusion — squarely in line with our audience and MTV’s DNA.” They added, “Anything other than that is only noise.”

Mic also reached out to Yiannopoulos. His response? “Fuck off.” Eh, Deadspin did it better.

Of course, this kind of attention is exactly what Yiannapoulos wants, especially now that he’s floundering for relevance and watching his particular brand of MAGA slowly ooze like leaky shit out of the White House. Can we please get to the reality show portion of this dude’s career?

Or, hey, who knows? Maybe he’s just a huge Taylor Swift fan and couldn’t wait to see her new video. All of his old co-workers apparently feel that way.