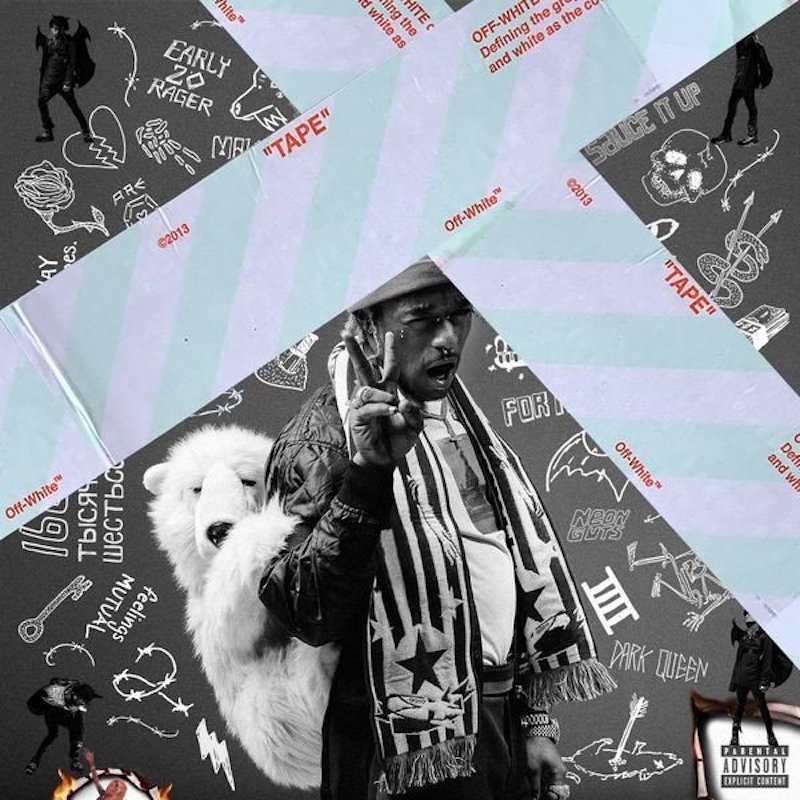 Did you really think mainstream rap could escape emo? This is a realm where it was considered some kind of philosophical landmark when it was revealed that Rick Ross could continue to have a successful career after it was discovered the “real Noriega” didn’t in fact owe him a hundred favors because he was a corrections officer in his previous life rather than a Miami drug kingpin. Anyone with a brain knows hip-hop has always had far more to offer than toxic masculinity, but anyone with a heart admits toxic masculinity has unfortunately come to inform the outsider perception of rap for the greater part of its existence. It informs emo, too, and don’t think those stealthbrags interwoven with Drake, Future, and their young new cohorts’ much-ballyhooed sensitivity isn’t still a defining factor. That is, 23-year-old 2017 VMP Lil Uzi Vert is perpetuating the word “ho” in the public lexicon, as in the overcompensating “Watch out boys, I might grab your ho” climaxing an otherwise entrancingly pretty track that’s trapped in an awfully relatable struggle: “I don’t want my ex/ Wake up to a text/ I’m not trying to flex.”

“X” is one of the most tuneful offerings on Uzi’s full-length debut Luv Is Rage 2, a thicket of chart-climbing Auto-Tunes that the man born Symere Woods often denies is rap at all. His lasting public image is that of the dual-colored hair and Marilyn Manson tee he sports in Migos’ 2017-defining “Bad and Boujee” clip, and the static, Aeon Flux-chic animation in the video for his own summer smash, “XO Tour Llif3”, both signifiers that peaked before he was four years old, and yet only Lil Yachty rivals him as a leader of current youth culture in hip-hop. Tyler, the Creator was only six years ago synonymous with sophomoric pranksterism and boasting he fucked dolphins while taking the word “faggot” in vain. In Uzi’s time, he’s four albums deep, an eternity in this genre, and exploring confessionals that candidly outline attractions to men.

So there’s really no telling what Uzi will be like once he finds himself. What’s important to his equally lost audience, however, is that he’s as confused as them, and making a no-fucks party out of it. That’s an odd way to describe emo, but “XO Tour Llif3” is an odd way to have a hit, with a creeping beat that owes The Nightmare Before Christmas soundtrack and a melody that honors Young Thug and Linkin Park equally. “Push me to the edge/ All my friends are dead” is one of the defining lyrics in a year that honestly deserves bleaker ones. “I don’t really care if you cry” defines 2017 as well, unfortunately. Toxic masculinity is damaging far more essential institutions than even our musical ones, so we might as well get catchy songs out of our collective nihilism, and both “X” and “XO” sure deliver that.

In fact, a large portion of Luv Is Rage 2 does, beginning with the mesmerizing, album-opening “Two®”, which wins the award for Most Surprising Use of Accordion this year, making proclamations like “I really don’t give a fuck what nobody say about me” all the more interesting. As with Thugger or Future, Uzi rarely tackles his triplet-studded flow without healthy ladles of Auto-Tune, though his energy comes through in the candy-colored synths underwriting a “shake that ass” chant like “444+222” or the not-one-but-two bouncing new wave shuffles (“Feelings Mutual”, “How to Talk”). Nearly every song on Luv Is Rage 2 comes with a distinct enough hook to break up the limited set of things it does and subjects it ponders. Try the hypnotic doppler effect and piano of “The Way Life Goes” or the keyboard-triggered whistling of “X” or the chant of “I got R&B singers” ad infinitum on “Early 20 Rager”. The “XO”-rewrite “Sauce It Up” is merely a rehash, but it’s a rehash of one of the stickiest hooks of the year, and The Weeknd, tiring as he is, gives us another reason to hum the word “Xannies” on the brain-stopping blues earworm of “UnFazed”.

Uzi sings better than his idol Marilyn Manson for sure, and he can be a more consistent melodist than Hayley Williams, for that matter. Few emo icons, except maybe Max Bemis, would brag about their “cougars” like the one Uzi gets “Dior discounts” from on the best-in-show Pharrell showcase “Neon Guts”, an inventory of wealth and experience far more luxurious in its velvety beats and colorful exposition than anything Yachty dreamed up for his album, even if it did have the more visionary album art. Weirdness shouldn’t be too much to ask from guys who dress like this, though, and occasionally Uzi tosses off a non-sequitur like “All my niggas look like Darth Vader” on “How to Talk”.

But that song also kicks off an insecure four-song stretch lasting ‘til album’s end, where Uzi “rules her,” dresses his girls “like they work at Hooters,” and don’t forget “I treat her like a dog,” all ugly-isms that are the unfortunate flipside of all this “My heart’s in the junkyard” and “I can’t feel no more.” In the aural fact, Luv Is Rage 2 most recalls T-Pain’s Epiphany from 10 years ago, another good, overlong collection of Auto-Tuneful R&B that ultimately felt under-appreciated in its time even still — and can you believe that the mainstream dominance of audible Auto-Tune is now celebrating its decade anniversary? But T-Pain was 21 at the time, two years Uzi’s junior, and even obsessing over strippers he was a much nicer guy. With Barack Obama on the rise in 2007, it was a much nicer time.