Taken from their collaborative album, due to arrive this fall 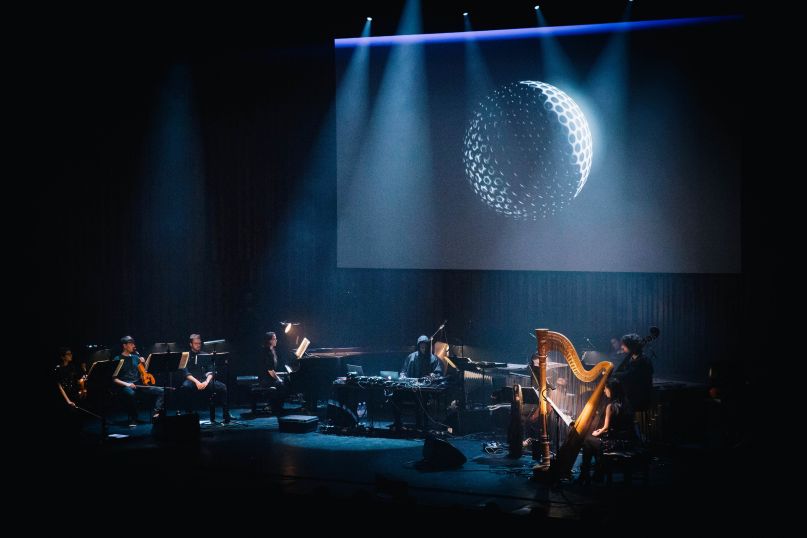 Producer Darren J. Cunningham, aka Actress, dropped an album called AZD this past April. The UK native isn’t quite done releasing new material in 2017, however, as he’s joined forces with the London Contemporary Orchestra on a new album and performance due out this fall.

According to a press statement, the “London Contemporary Orchestra bring a new dimension to Cunningham’s choice of sounds. With the producer in effect using them as a new instrument, matching his electronic loops with precise manipulation of their acoustic instruments, together they form a heightened kind of chamber music.” Some of the arrangements were previously showcased last year at shows at The Barbican Centre in London and Strelka Institute Moscow.

As a first taste of this collaborative project, curated with the help of Boiler Room, a song called “Audio Track 5” has been shared today. The six-minute track combines a range of textures and sounds, including some that percolate, cascade, and crackle. Stream it below.

“I’ve spent the last few months re-recording elements from the performance at the Barbican in a controlled studio environment,” Actress explained to FADER. “This EP [Audio Track 5] is the first experiment of LCO being injected into the AZD systems.”