Baltimore natives will debut all-new material at their upcoming shows 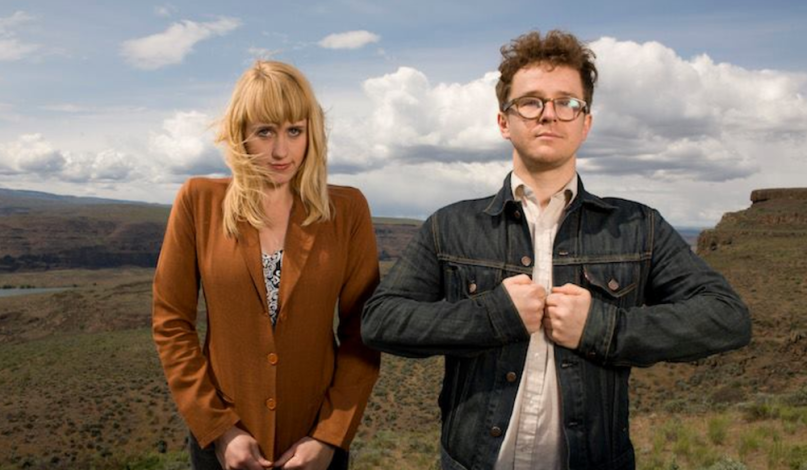 This fall, Wye Oak are returning to the spotlight with a special vinyl release and a new batch of US shows.

The limited-edition 7-inch is due out September 22nd and contains two songs, “Spiral” b/w “Wave Is Not the Water”, both of which were issued via Adult Swim in 2012 and 2017, respectively. In a press release, Wye Oak discussed the pair of tracks:

“Spiral” popped up around 2012, at a time before we began work on Shriek. We were just starting to experiment with synthetic and more pop-oriented sounds, and also got assistance on the marimba from our friend Rod Hamilton, with whom Jenn was sharing a loft at the Copycat in Baltimore at the time.

“Wave Is Not the Water” was created in the early months of 2017, without either of us ever setting foot in the same space. Andy was touring as the drummer for Lambchop and volleying the recording back and forth with Jenn via email, as seems to be the current state of things.

As for the tour, which kicks off September 28th, the indie rock two-piece is expected to debut brand new material. “We’re so excited to set out on a brief run of smaller, more intimate shows this fall, where we’ll be trying out a bunch of brand-new material for the first time, taking questions from the audience, and just generally exposing y’all to our legendary brand of TMI-style stage banter,” they explained.

Below check out the artwork for the 7-inch, followed by their upcoming tour schedule.

“Spiral” b/w “Wave Is Not The Water” Artwork:

Revisit “Wave Is Not the Water”: