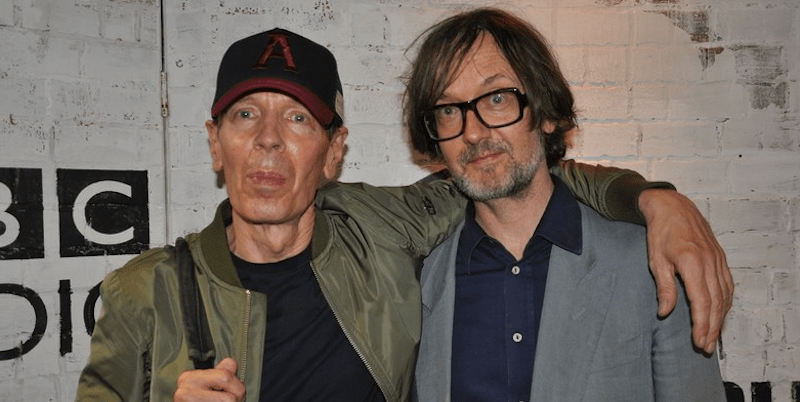 The discussion marked Walker’s first public interview in three years. He touched on everything from his early work as a session musician, to his time with The Walker Brothers up through his solo albums. Walker revealed that he’d spent a brief time as a touring member of the Surfaris, the group famous for “Wipe Out”. When one of the band’s cars was on its last leg, Walker said he drove it off a cliff with a “James Dean roll” from Rebel WIthout a Cause, diving out of the vehicle just before it plummeted over the edge.

(Read: 10 Artists Who Need to Curate a Music Festival)

Walker also talked about his influences, from Frank Sinatra to Miles Davis. Near the end of the conversation, he opened up about his relationship with David Bowie, who considered Walker his idol. Walker recalled turning down an interview with Bowie 10 years ago, though he can’t remember why. Still, the two talked “several times on the phone” over the years:

“Every time I spoke to him he was very nice to me. He always was on my side. He would recommend people to listen to my records. He was really generous when it came to me and always was interested in what I was doing. It’s funny, every time I spoke to him on the phone, he’d say, ‘Here I am overlooking the park. It’s sort of snowing, it looks lovely.’ You know, he’d describe where he was. And I thought, ‘I’m sitting in the flat here,’ you know, wherever I was [laughs]. But I always remember that about him. But [his death] was such a shock to all of us.”

Elsewhere, Walker told Cocker that we have a Playboy bunny to thank for his frequent covers of Belgian musician Jacques Brel. “I was seeing a German bunny girl who was working in the Playboy club,” he recounted. “Whenever I’d go back home with her — we drank a lot of Pernod, I remember — she would listen constantly to Jacques Brel and she’d translate them to me.” This was right when Walker had gone solo, and when Andrew Oldham, then manager for the Rolling Stones, presented him the chance to translate Brel’s songs, the stars aligned. “… I was looking for a new way to start,” Walker said. “It was this perfect thing that landed in my lap.”

The pair also discussed the upcoming Proms performance. Walker expressed surprise at the honor, as he’s not one to revisit his own music. Even so, he gave Cocker some advice on how to avoid his covers coming off as “karaoke.” “Try to approach it in a new way,” Walker said simply. As for Cocker’s question regarding the “lyrical concerns” of some of the material, Walker offered a much less helpful reply. “I can’t help you there, unfortunately. You have to find your own way into that. I just did it the way I did it.” He did, however, clarify a number of lyrics that have been infamously misheard over the years.

Listen to the entire thing over on BBC Radio 6’s website.