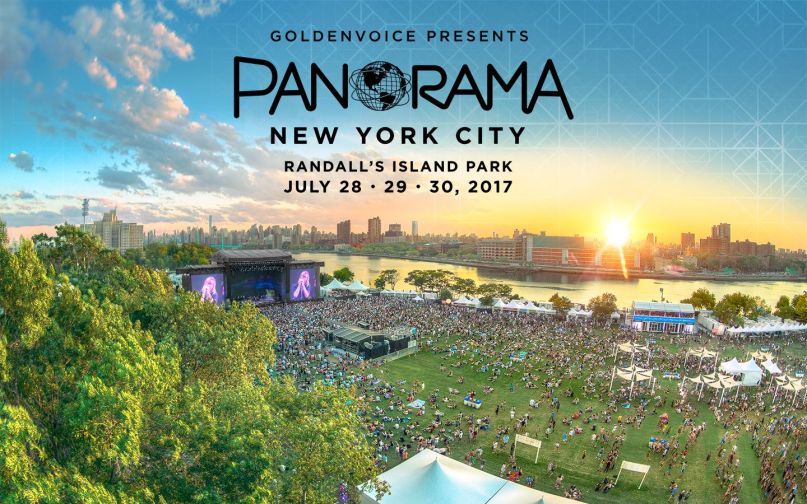 Regardless of how big Goldenvoice gets, its sophomore Panorama Music Festival still books with the personality of a smaller event. That’s not to say that it didn’t reach for the top, but what other major festival bills Belle & Sebastian in its second line? Or even Tame Impala as a headliner? While certainly one of indie rock’s biggest acts, with decent crossover appeal, too, thanks to Rihanna, the band still remains largely absent from most other festivals’ top spots. Panorama isn’t trying to be its island-mate, Governors Ball, and that’s musically to its benefit. By booking acts less obvious, less likely to be a major household name, Panorama presents itself as New York City’s alternative festival.

So why didn’t Panorama sell out? Because it didn’t book Lorde. Because it booked Nicolas Jaar over Flume. Because Randall’s Island is annoying to get to, and without the aforementioned artists, you don’t get the eager high-school crowds. They came out on Friday for Frank Ocean, but Saturday and Sunday were noticeably leaner. Panorama’s decision to fill a musical niche is both a blessing (for attendees) and a curse (potentially, for its sustainability). No music festival in New York City has managed to become a cultural institution quite like Coachella or Lollapalooza. And because of that, the fight for Randall’s Island continues. Panorama, after two years now of stellar booking, is working to maximize its appeal without sacrificing its musical credibility.

This year’s headliners seemed to reflect New York’s collective mood over the last few months. Fed up with Trump and feverish from the heat, Panorama cherry-picked from the city’s well of emotions. Tame Impala and Nine Inch Nails, both musicians who rely heavily on their own insecurities and self-doubt to make art, were booked over acts more in line with the tired quest for “summer vibes.”

One half of Panorama’s headliners were some of music’s most conscious artists: Solange, Frank Ocean, and A Tribe Called Quest, all remarkable for the way they represent society through song. Their sets were exhilarating, but to call them fun would be to trivialize their impact. Seeing Calvin Harris is fun, but it’s wholly uninspired. Panorama’s collection of artists asked you to challenge the notion of how a music festival is supposed to make you feel.

The weekend wasn’t just top heavy, though, booking solidly throughout. Rising stars like Mitski and Angel Olsen shared the bill with more established groups like MGMT and Spoon. What Panorama might have needed was one more tent – something for the smaller acts like Pinegrove, who aren’t yet able to fill the main stage. And potentially, the festival also could have used another installation. HP’s The Lab was interesting, but its payoff wasn’t worth the long lines. By and large, though, Panorama’s infrastructure was adequate (save for the floor caving in during Isaiah Rashad’s set). Stages were spaced out far enough so there was no bleeding of sound, and ample-size screens were present so that you could always see the artist. Food and drink were plenty, except for the inconvenience of hard alcohol being limited to only one fenced-in area. Parental chaperones did not seem amused.