GLAAD commends JAY-Z’s mom for coming out on 4:44 track “Smile”

“Mama had four kids, but she’s a lesbian/ Had to pretend so long that she’s a thespian" 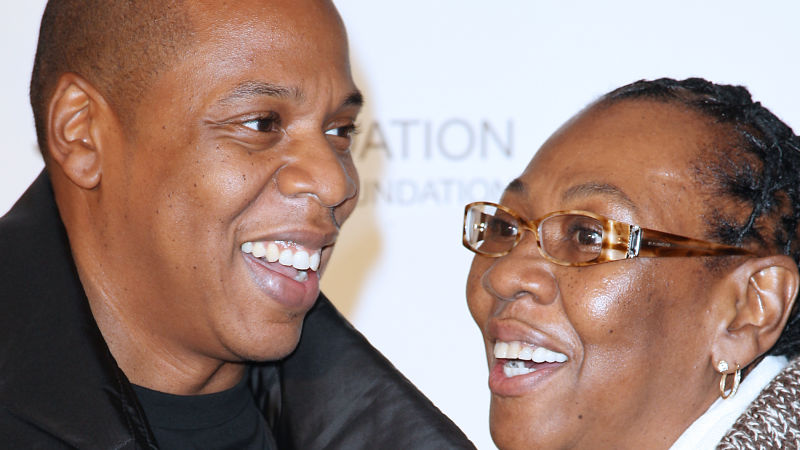 The response to JAY-Z’s newly-released 4:44 has been overwhelmingly positive. That has to be a relief to the rapper considering how personal some of the subject matter is — and not just for him. While there are allusions to his marriage and other high-profile relationships, a surprising and joyous revelation appears on album cut “Smile” when JAY’s mom, Gloria Carter, comes out as gay.

“Smile” finds the rapper dropping the bars, “Mama had four kids, but she’s a lesbian/ Had to pretend so long that she’s a thespian/ Had to hide in the closet, so she medicate/ Society shame and the pain was too much to take/ Cried tears of joy when you fell in love/ Don’t matter to me if it’s a him or her”. Mama Carter herself shows up on the song’s outro with words of strength and freedom:

“Living in the shadow/ Can you imagine what kind of life it is to live?/ In the shadows people see you as happy and free/ Because that’s what you want them to see/ The world is changing and they say it’s time to be free/ But you live with the fear of just being me… Living in the shadow feels like the safe place to be/ No harm for them, no harm for me/ But life is short, and it’s time to be free/ Love who you love, because life isn’t guaranteed.”

In response to the revelation, GLAAD ( Gay & Lesbian Alliance Against Defamation) tweeted their support. GLAAD President & CEO Sarah Kate Ellis also released a statement commending Gloria’s decision to come out. “Lesbian women are all too often erased or excluded from narratives surrounding LGBTQ people,” Ellis wrote. “By sharing her truth with the world, Gloria Carter is increasing visibility of lesbian women of color at a critical time and sending a powerful message of empowerment to the entire LGBTQ community that is perfectly timed with the end of Pride Month.”