Pre-production for the film, titled Bohemian Rhapsody, begins next week 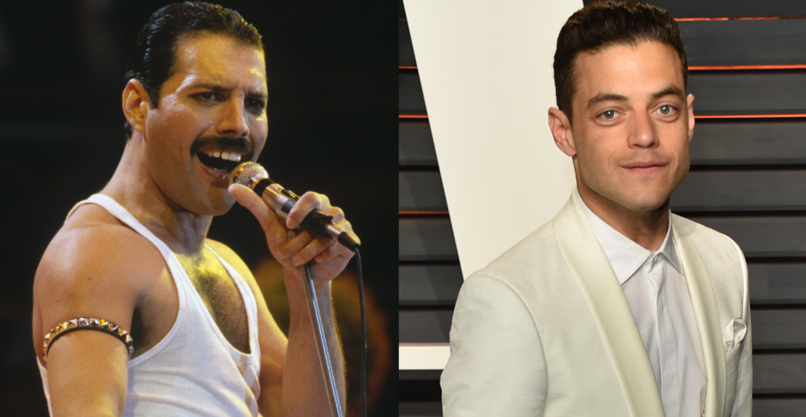 After years of being stuck in developmental hell, Queen’s Freddie Mercury biopic is officially a go. Mr Robot star Rami Malek is confirmed to play Mercury in the film, which will be directed by Bryan Singer.

The news was announced on Queen’s official website. Along with confirmation of Singer and Malek’s involvement, it’s been revealed that the title, unsurprisingly, will be Bohemian Rhapsody.

Singer is best known for directing The Usual Suspects and nearly the entire X-Men franchise. The band praised his directorial skills in their announcement, writing, “this is a director with extraordinary imagination and style. A perfect choice to recreate the fabulous Queen years which brought us such unforgettable moments as Live Aid, which we can reveal will be faithfully recreated for a key sequence the film.”

Of Malek, who shot to attention as Elliot Alderson in Mr Robot, they wrote that “Rami has great presence and he’s utterly dedicated to the project. He’s completely living and breathing Freddie already, which is wonderful.”

While guitarist — and astrophysicist — Brian May and drummer Roger Taylor will (obviously) serve as musical directors, exactly who will be cast to play their younger selves is yet to be revealed.

Talk of a Freddie Mercury and Queen biopic has been in the works for at least a decade; though Mercury passed away in 1991, the group have never strayed far from the spotlight. For years it was believed that Sacha Baron Cohen would play Mercury in a biopic, though he later distanced himself from the film, citing serious clashes with the original band members, who reportedly wanted to film a PG-rated movie which avoided the darker aspects of Mercury’s life. Several alternate versions were later floated, including one starring Sam Whishaw, though none were officially announced until this week.

No release date is been announced just yet, but pre-production will commence as early as next week, with principal photography expected to start in London this September.

Queen are currently on a worldwide tour, with American Idol contestant Adam Lambert fronting the legendary group once again.