Johnson flipped an Austin A35 head over tail during the qualifying heat of the U.K.'s Silverstone Classic 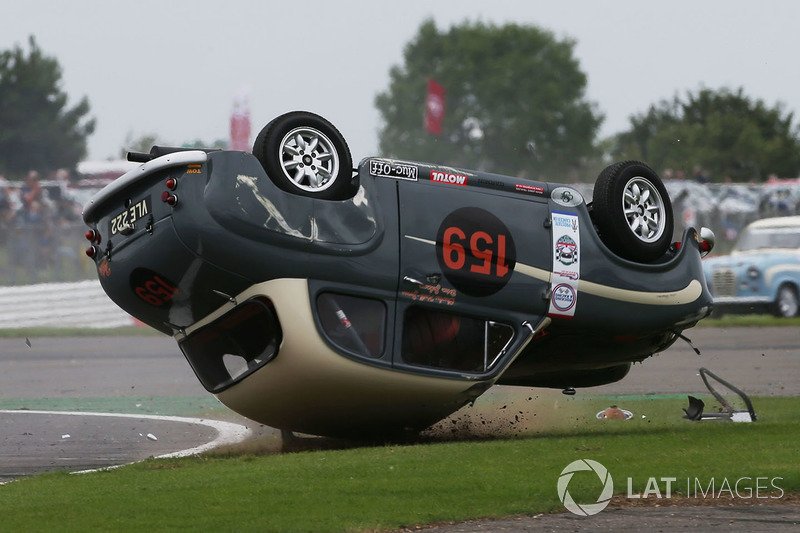 Despite it being rumored that his love of fast cars may at least be partially responsible for his hearing loss, former AC/DC singer Brian Johnson has kept those engines running since leaving the band (or, depending on the account, being “kicked to the curb”) last year. Now, the singer has been involved in a massive wreck at the Silverstone Classic in the U.K. over the weekend. Luckily, Johnson walked away from everything unscathed.

The Silverstone Classic pairs celebrities with well-known drivers for what’s been called “the world’s biggest classic-car racing festival.” Proceeds benefit the event’s sponsor, Prostate Cancer U.K. Johnson flipped his Austin A35 during the qualifying heat for the race.

Check out some pictures from the gnarly wreck below (via Alternative Nation).

This is AC/DC frontman Brian Johnson and he got more than he bargained for when he drove a vintage Austin A35 at Silverstone… ???? pic.twitter.com/Txccejqo8O

We’re glad Johnson’s okay. We’re sad, however, that he didn’t scream “She was a fast machine!” when walking away from the wreck.