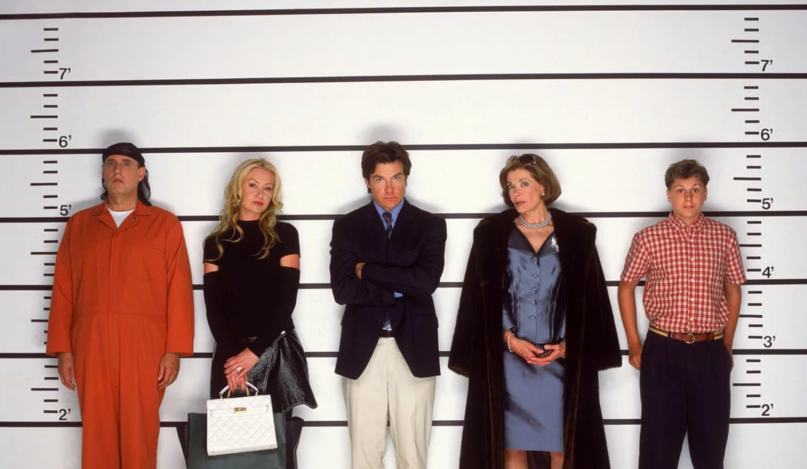 When Arrested Development returns next year for its fifth season, it looks like they might finally put up this wall! Netflix has already confirmed that the entire original cast would be back for a season structured like the original broadcast series, and now Michael Bluth himself, Jason Bateman, has confirmed new details about the plot.

Speaking with The Daily Beast, Bateman revealed that the show will once again lean into political satire, this time taking aim at the chaotic administration of 45 himself. Though the Bluths were originally inspired by the Bush family, there’s no doubt there are parallels to the Trump horde. “None of that is lost on [creator] Mitch Hurwitz. He’s aware of all of that stuff,” Bateman said. “And he and his writing staff have been in a cave for the last two or three months crafting these episodes, and they’re going to lean into a lot of that [Trump] stuff for sure. They can’t wait.”

“It was a little bit more about Bush,” Bateman chuckled about the unfortunate similarities between the Bluth family and bumbling politicians. “But my god… the fuckin’ wall between Mexico and the US?” How many times do you think Donald Trump Jr. has said, “I’ve made a huge mistake” in the last few days?

Besides the general targets of the show’s comedy, though, Bateman admitted he doesn’t know much else about what’s in store for the new season. “I have no idea what’s ahead. We start shooting in two weeks and I keep checking my phone for the first script, but it’s going to be amazing hanging out on the set again with that cast and that crew. I can’t wait.”

Neither can we. Arrested Development is expected to return to Netflix in 2018, five years after the fourth season debuted on the streaming service. Will Arnett, Michael Cera, Portia de Rossi, Jeffrey Tambor, Tony Hale, David Cross, and Alia Shawkat will return alongside Bateman. And whereas season four consisted of a series of interconnected vignettes with each episode focusing on just a few individuals at a time, Bateman said that would not be the case this time around.

“We’re all together. We don’t have the same limitations that we had on us back then,” he told The Daily Beast. “There were series exclusivities back then. Tony [Hale] for one, on Veep, couldn’t be on two shows at the same time. Also, Mitch [Hurwitz] thought it would be interesting to utilize the interface of Netflix at that time, where you could drop all the episodes at once like an album, and with all the action being simultaneous, you could click out of one guy’s episode and start another one and see a different perspective on the same scene. Editorially, I think that proved to be a little bit more of a challenge than he anticipated, and I think as a consequence it ended up having some more complications and wrinkles in it than maybe he intended. But this time, we’ll all be together and it won’t be like nine spin-offs.”