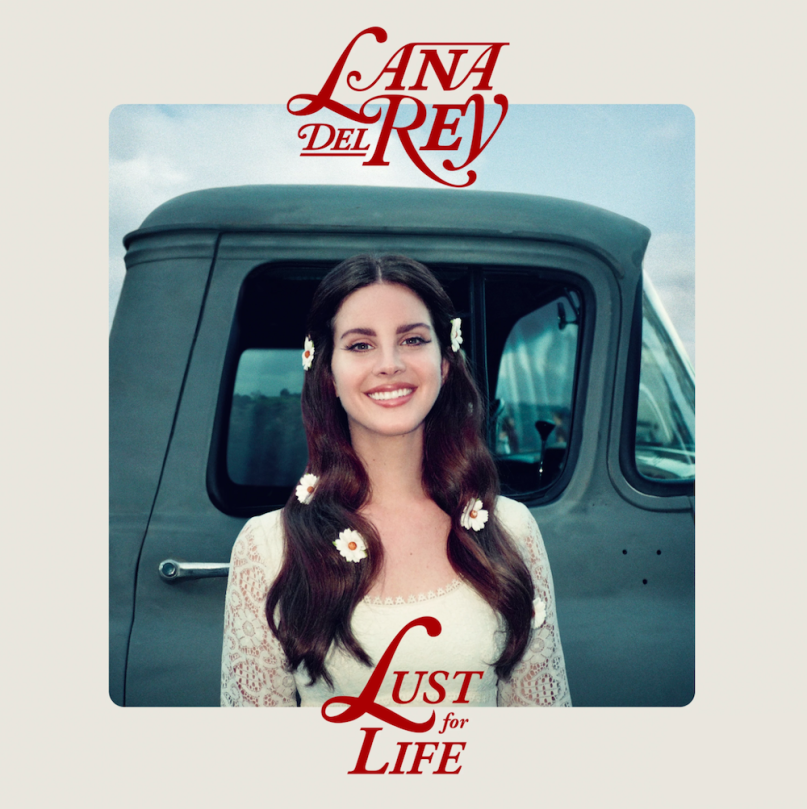 We as music critics need to stop applying the overused term “victory lap” to Everyone Who Succeeds; what is the victory over exactly? Succeeding is not the same thing as overcoming adversity, and frankly, we could stand to pay less attention to the narrative an album is supposed to fit into and more to whether or not the music is as consistently rich as the press potential is, which includes year-end list grooming.

Gigantic “That said…” coming up: THAT SAID, Lana Del Rey is an artist who ceases to exist without the narrative, lives and dies by it lyrically, and also has something to overcome. The biggest cult artist of the 2010s (don’t lie to yourself) was more or less cyberbullied from the moment Hipster Runoff incorrigibly referred to her as DSL Soundsystem. The authenticity of her name and face were called into play after her marketing team dared put half an effort into convincing the Internet at large the same thing that Owl City and Chance the Rapper did: that we happened upon some long-lost innocent babe in the woods who just happened to have fully formed and lavishly produced pop songs sitting in her trailer waiting to be rescued like Rapunzel. How dare some woman who pouted in her press photos play us, the gatekeepers of ethics in games journalism. So on heaped the scorn, peaking in the bleeding red as she nervously performed the frankly heartbreaking “Video Games” on SNL in its most fragile version, looking for all the world like the teenage Shaggs trying to appease their father and exacerbating the relationship Stockholm syndrome of its unsettling lyric. As a result, she stopped touring and giving interviews simultaneously.

(See: Lana Del Rey and the End of the World (As We Know It))

Then something wonderful happened. First, “Summertime Sadness” ended up making big, narrative-ignorant waves in a Cedric Gervais remix that hit big nearly two years after Born to Die (which, despite being treated like a flop, was actually the fifth-best-selling album of 2012.) It’s startling to hear that song in its four-on-the-floor EDM context, how much more confident Lana sounds sped up, turning the moan “nothing scares me anymore” into something of a rallying cry for Women the Internet Broke. 2012’s Paradise EP was secretly the turning point, though, not just for its Grammy nomination but for its subtle flips of the narrative, including lyrics like “My pussy tastes like Pepsi cola” and “In the land of gods and monsters/ I was an angel, looking to get fucked hard” that were now obviously, rather than ambiguously, trolling her harassers for maximum camp value, exemplified by the hilarious short film Tropico, released in tandem. But besides the obvious marquee pull quotes, the latter was followed by “Like a groupie incognito posing as a real singer/ Life imitates art.” This woman was fighting a war to earn her respect, despite pointedly refusing the “feminist” tag in interviews, mainly because she simply wasn’t letting anyone else put her in that or any box before she was ready.

Sometime around 2014’s Ultraviolence we accepted Lana Del Rey as fact. Hipster Runoff disappeared (literally sold out) and Del Rey scored her first No. 1 album, which was overseen by Black Key Dan Auerbach, whose own band has been sort of bearing the standard of old guard rock in the 2010s. If she could win him over, a bunch of straw men thought, maybe she wasn’t so bad. Plus, she dared them to take the title “Fucked My Way Up to the Top” at face value.

Then 2015’s Honeymoon achieved her first universal acclaim as her songs simultaneously became less supplicant in character (“The truth is I never bought into your bullshit,” she memorably broke the fourth wall to declare on the hit “High by the Beach”), though critics didn’t go as far as rediscovering Born to Die to admit it’s more complex and funny and knowing than they ever could’ve admitted six years ago. The least they could’ve done is thanked her for rebuilding the sonic palette of the 2010s in her own bummed image. (Yeah, yeah, The Weeknd, but that guy was full-blown anon while she was taking lip digs on the chin.)

Six years later comes Lust for Life, her most unabashedly pop move ever, which features not just the Weeknd but Stevie Nicks (yuge), A$AP Rocky (OK, maybe she hasn’t met any new rappers), and Sean Ono Lennon (who never used to sound like his dad but anything for you, Lana). We have every reason to believe it will debut at No. 1, and if anyone has the right to call a four-album streak of stable commercial clout and hard-won critical respect a v****** l**, it’s DSL Soundsystem.

The first three songs are worthy of the underrated stuff, and they’re more Lana than ever: “Love” is her umpteenth song about being young, in love, and feeling crazy, but it’s the tersest. If you thought “High by the Beach” was on the nose, try “Lust for Life”, which begins by literally climbing the H in the Hollywood sign, a visual she couldn’t resist for the video either, and The Weeknd’s sweet little curlicues on the chorus actually help it achieve somewhat of a liftoff. Those two are already storming YouTube in the eight-digit views, but the ethereal “13 Beaches” achieves its own grandeur through possibly the most pained, fist-clenching lines (and summation of the Lana Del Rey character) she’s maybe written to date: “It hurts to love you/ But I still love you/ It’s just the way I feel/ And I’d be lying/ If I kept hiding/ The fact that I can’t deal.”

Unfortunately, that’s where Lust for Life falls into the holding pattern her unceasingly slow releases always threaten. The best thing about “Cherry” is its Portishead-esque drum rolls, “Summer Bummer” its title, and “Groupie Love” the possibility that you heard her sing the more fitting “creepy love” instead while you’re cooking in the next room. (If cooking music isn’t your primary impetus to put on a Lana record, you’re doing it wrong.) A$AP Rocky adds particularly nothing to the latter, which is odd considering Lana Del Rey albums have always cried out for more interruptions of tone. Maybe she was afraid a memorable rapper would steal the spotlight away from the fog machine.

The guest spots generally feel like they should do more, even though they’re some of the best parts of what sounds today like her patchiest and least distinctive collection of songs. Stevie Nicks’ gravelly honey is (what else?) a perfect fit for a song called “Beautiful People Beautiful Problems”, though the melody is a bit too murmured and illegible, despite a welcome callback: “It’s more than just a video game.” The much-maligned “Tomorrow Never Came” is an actual Beatles tribute featuring the actual Sean Lennon, but it’s not bad. Those Harrison-esque chord changes are more than welcome to liven up her usual grays, and the in-joke on his dad is hardly sacrilege; we just wish it got funnier than name-dropping “Tiny Dancer” out of the blue.

The awkward “God Bless America – And All the Beautiful Women in It” is one hyphenated title too many, especially after the surprisingly bluesy “In My Feelings” and the patently goofy Ultraviolence hippie-rock return “Coachella – Woodstock in My Mind” actually rescue the track sequence somewhat. The former has a percolating, triple-underwater Ace of Base thing happening several leagues below the vocal and makes you think there may be more to excavate from her sleepiest arrangements and stodgiest ballads until the next several tracks wear on proving otherwise.

It’s hard to figure out the problem with Lust for Life until you count how many songs of the whopping 16 are actually as magnetic as “Video Games”, “Young and Beautiful”, “Cruel World”, or “Honeymoon” (not to mention the loads of unreleased treasures YouTube can help you with; start with “Kinda Outta Luck” or “Driving in Cars with Boys”.) No matter how deserving Lana is of accreditation, and how close she is to true vindication, less than half of the tunes on Lust for Life are worthy of Born to Die, Paradise, Ultraviolence, or Honeymoon, despite the handful of very promising singles that would make you think otherwise. Pay tribute by returning to those previous four records instead, which are funnier, more fucked up, and more tonally interesting. She deserves that victory lap, and she shouldn’t wait until she comes up with a new fast song to take it. She should write one anyway, though.

Essential Tracks: “Love”, “In My Feelings”, and “Coachella – Woodstock in My Mind”