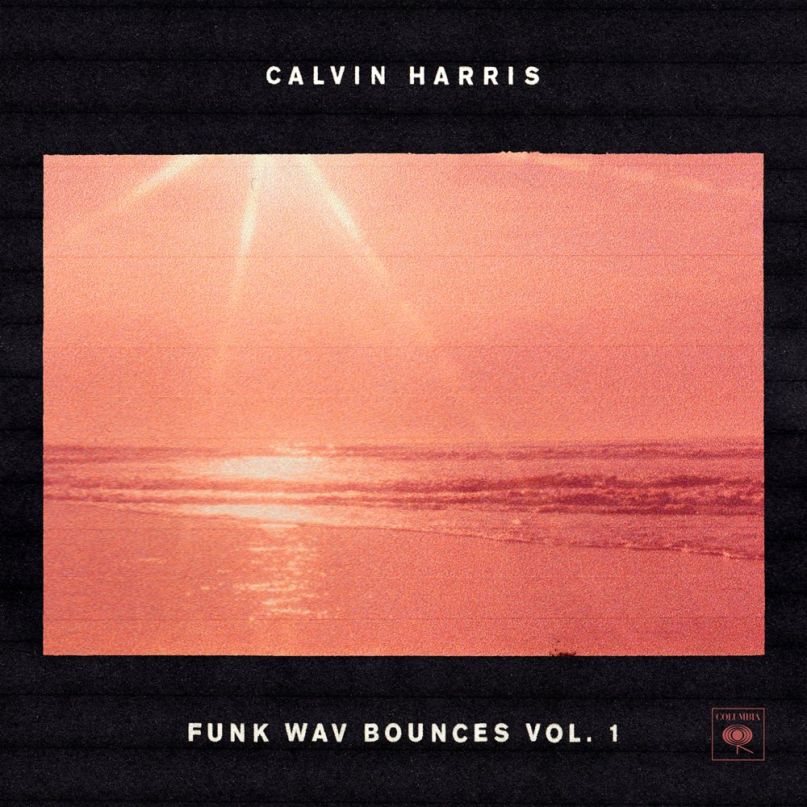 Try, if you can, to divorce your idea of Calvin Harris from the wave of tabloid gossip that drenched the unsuspecting Scotsman following his breakup with pop megastar Taylor Swift last summer. It’s a hard thing to do. Images of the two lovebirds floating on inflatable swans (R.I.P. #swangoals) and building snowmen acted as Harris’ de facto introduction to the glare of American pop culture, which he had previously avoided despite placing singles like 2011’s Rihanna vehicle “We Found Love” and 2014’s EDM fever dream “Summer” at or near the top of the Billboard Hot 100.

Of course, Harris’ primary role in the Swift Cinematic Universe ended up being that of antagonist to the main attraction. Almost immediately after the two broke up, Swift threw her ex-lover under the bus when she confirmed through a representative that she co-wrote his 2016 Rihanna-featuring collab, “This Is What You Came For”, under the pseudonym Nils Sjoberg.

It was a bad look for Swift, but at least she had a rabid, built-in fan base to defend her and the loving arms of one Tom Hiddleston (R.I.P. Hiddleswift) to comfort her. Harris was left to defend his own creative honor even as the gravity of Rihanna turned “This Is What You Came For” into his latest Billboard smash. Judging from one wound-licking tweet (“I figure if you’re happy in your new relationship you should focus on that instead of trying to tear your ex bf down for something to do”) he posted and quickly deleted, Harris was clearly in over his head, unable or unwilling to play by the in-today, out-tomorrow rules of celebrity.

In the year since that unfortunate episode, Harris has regrouped and fashioned a more worthy response. If his new album, Funk Wav Bounces Vol. 1, is any indication, he has decided to shrink from the spotlight and embrace the discreet pleasures of anonymity. It’s an extremely anti-Swiftian move, but it suits the Scottish record producer like palm trees suit a blue Caribbean backdrop. Funk Wav Bounces is the furthest thing from a grand statement, personal, artistic or otherwise.

Lead single and opener “Slide” is that rare track that does exactly what it purports to do, slipping across the consciousness as if it were coated in sunscreen. Set to a stomp-and-clap beat that never asserts itself too much, the breezy collaboration makes the most of its guests’ talents; Frank Ocean lends his chilled-out, above-it-all swagger to the sunny vocal hook (“Do you slide on all your nights like this?”) while Quavo and Offset of Migos infuse their verses with just the right amount of playful braggadocio. “Slide” is a song about trying on a different lifestyle and finding that it doesn’t fit quite right, and as such it’s a perfect eulogy for the man Taylor Swift buried last summer. It also happens to be the perfect jam for this summer, wrapping escapism together with an inescapable hook.

“Slide” sets the tone for an album that bobs and sways but rarely ever bangs; this one will get plenty of play in Vegas, but it’ll be at the daytime pool parties rather than in the clubs. Harris has almost totally abandoned the gigantic EDM beats that fueled earlier hits like “Summer”, trading them in for noodly synths, neo-disco bass lines, and guitar hooks that sound as if they’re delivered from under the sea (“Skrt on Me”) or beach-side hammocks (“Hard to Love”). Harris turning his back on EDM can, of course, be read as a cynical move in light of recent thinkpieces claiming that the genre is in its death throes. Why associate his name with such toxic sludge as The Chainsmokers when he can glom onto the latest trend instead? But something about Funk Wav Bounces feels almost too chill to fake. Its agenda doesn’t seem to extend far beyond just having fun — a refreshing change of pace in a musical climate where others are trying so desperately to prove a point.

“Heatstroke” is the first of a succession of groovy tracks to set that agenda in stone, with Pharrell and Young Thug literally repeating it like a mantra: “Release, let go, and have a good time.” Enlisting the services of Pharrell — the reigning king of empty, feel-good pop — on both “Heatstroke” and standout single “Feels” is a sure sign that Harris knows exactly what he’s doing in trading arena-sized bangers for something that sounds more like aggressive pleasantness raised to an art form.

He’s even given his guests some much-needed room to let loose while he casually stands in the background, allowing them to take the spotlight even as they catch their own breath. Future’s still rapping about pills on the squiggly “Rollin”, but he sounds less exhausted by the lifestyle here than he did at various points on the two studio albums he released earlier this year. Similarly, Katy Perry makes the most of her extended cameo on “Feels”, recapturing some of the bouncy, playful magic that made Teenage Dream such a hit. Perry’s had a rough year, but teaming up with her arch-enemy’s ex on such a triumphant pop track should take some of the sting out of the missed opportunity that was Witness.

Harris is an undeniably talented producer, but as last summer made all too clear, he lacks the magnetism to breach pop’s upper tier of stars for more than a few months at a time. Funk Wav Bounces represents an elegant solution to that problem, giving him the chance to do what he does best — produce — while bigger stars elevate his work and deflect some attention from the man behind the curtain.

Last summer may have been Harris’ proverbial “moment,” but he wasn’t quite big enough for it. Kudos to him, then, for changing course and reverting to sunshine rather than trying in vain to shoot for the stars again. Funk Wav Bounces isn’t the kind of album that’s going to change the conversation in pop music, but it doesn’t want to. All it wants to do is sit by the pool, release, let go, and have a good time. In a world where release is starting to feel like an incomprehensible luxury, there’s something very real to admire about that.