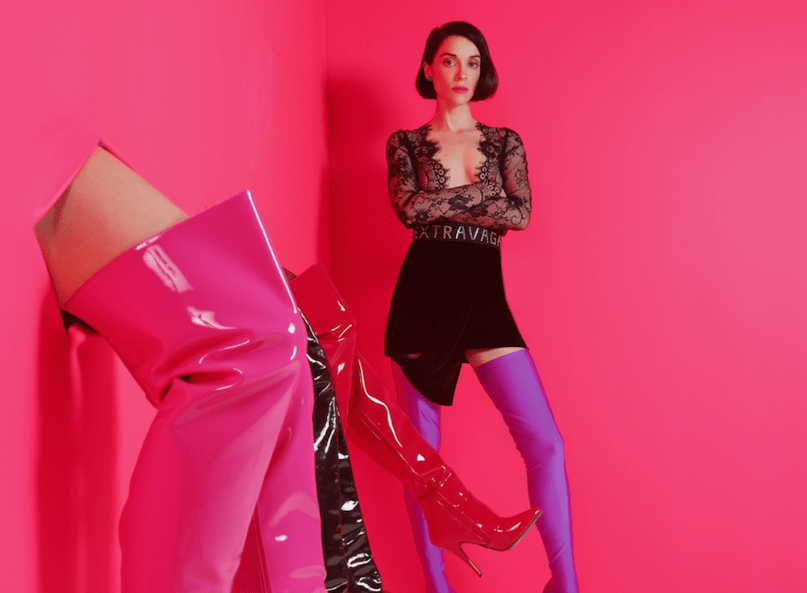 Last week, St. Vincent announced dates for her “Fear the Future Tour”. The indie rocker otherwise known as Annie Clark is back tonight with even more good news: the release of “New York”, her first proper solo single since 2015. Stream it below.

It seems Ms. Clark has traded in her electric guitar for some ivory keys, as “New York” is a piano ballad love song. Though, even at her most intimate level, Clark maintains an edge: “And if I call you from First Avenue/ Where you’re the only motherfucker in the city/ Who can handle me,” she sings. According to production notes, she was joined in the studio by Jack Antonoff, the Bleachers member behind some big hits from Lorde and Taylor Swift. Listen below.

“New York”, which was she first debuted live in New York City last year, follows her contribution to the Girls soundtrack, “Teenage Talk”, and The Chemical Brothers collaboration, “Under Neon Lights”, both issued in 2015. Clark’s last St. Vincent album was 2014’s impressive self-titled LP. She recently contributed to a box set benefiting Planned Parenthood and a Bob’s Burgers compilation, and also gave advice about confidence on “The Rookie Podcast”.