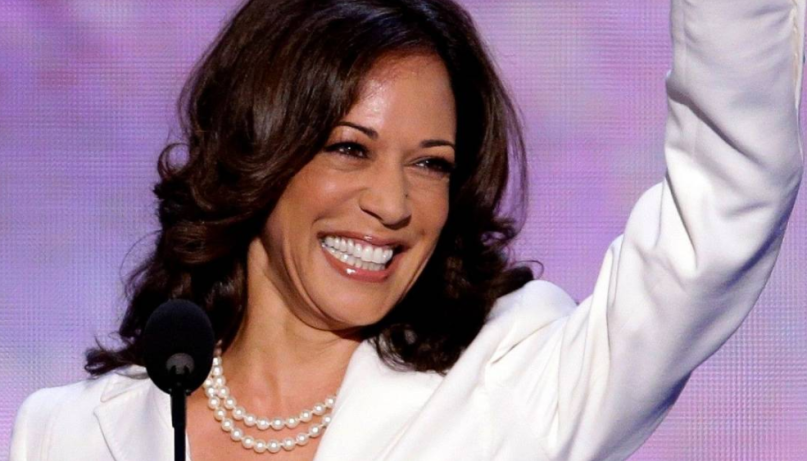 There seems little likelihood the current White House will pick up the musical legacy of former President Obama. We shouldn’t be expecting any worthy summer playlists or enviable house parties anytime soon. While 45’s administration has dropped the ball, it looks like California’s Senator Kamala Harris is trying to pick it back up with her new playlist celebrating African-American Music Appreciation Month.

Harris may currently be best known for being shushed and interrupted by her Republican colleagues during the Rosenstein and Sessions hearings (and for not dabbing during a debate), but she’s carving out a niché as musically hip politician as well. Her playlist, dubbed “#AAMAM – All Time Favorites”, features a wide range of African-American hits both classic and modern.

There’s some Beyoncé (“Love on Top”), SZA (“Pretty Little Birds”), Childish Gambino (“Redbone”), and Migos (“T-Shirt”) to satisfy the cool kids, while tracks like Notorious B.I.G.’s “Juicy”, Boyz II Men’s “End of the Road”, and TLC’s “Waterfalls” should click with the throwback crowd.

Of course, Harris does dig deeper than the ’90s for tracks, throwing on everything from “Sinnerman” (Nina Simone) to “Have a Talk With God” (Stevie Wonder) to “Bam Bam” (Sister Nancy). It’s a pretty solid 45-track playlist, though I can’t reason for the life of me why she’d go with the Linkin Park collaboration “Dirt of Your Shoulder / Lying From You” as the only JAY-Z song, despite my guilty pleasure appreciation for the mash-up,

Regardless, you can listen to the whole thing on Spotify below. Also, #Kamala2020