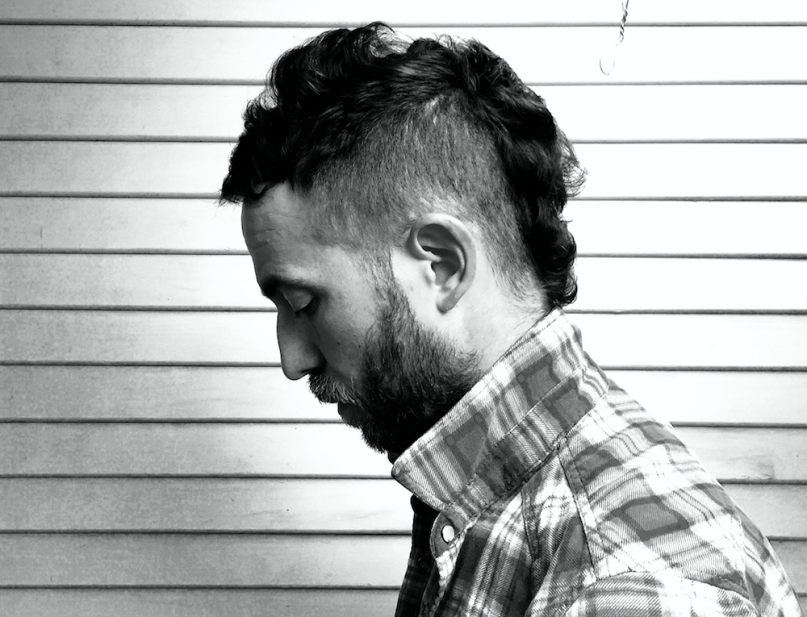 Last month, we premiered Mondo Cozmo’s latest single, “Automatic”, an anthemic cut reminiscent of U2 and Beck bliss. Now, the Los Angeles indie rocker born Joshua Ostrander is back to bring us double the treats: the release details of his full-length debut and another new track.

The upcoming LP is titled Plastic Soul and due out August 4th through Republic Records. It collects 10 songs, including the early singles “Shine”, “Hold On To Me”, and “Higher”. According to a press statement, the album was written as Ostrander nearly lost his mind in a “shitty Joshua Tree rental house last year” while accompanied by his dog Cozmo. For about two weeks, his days entailed “screaming into a microphone at two in the morning and bleeding all over the guitar strings.”

“I hope this album speaks to anyone who is scared to start over,” Ostrander tells Consequence of Sound. “Or overwhelmed by what they could be. This album comes from a real place. I needed to find truth and I found it in the songs. It is an honor to present Plastic Soul.”

As an apt preview, the newest song off the LP is the title track. It’s got bits of soul and psychedelic haze and will have you feeling like you’re in Joshua Tree songwriting alongside Ostrander. As the singer-songwriter explains, both the song and the album title are related to David Bowie:

“Bowie referred to his music as Plastic Soul. I always loved that. I recorded my song ‘Plastic Soul’ the weekend he passed away. And would later go on to release it for free ’cause of a sample issue. Based on the response of the song it forced the label to get the sample cleared. It was a huge risk on my part that really paid off. When they asked what I was calling the record I said, ‘Plastic Soul’ and everybody just nodded their head.”

Hear “Plastic Soul” the song below.

Check out a video revealing the album artwork and tracklist, then pre-order it here.