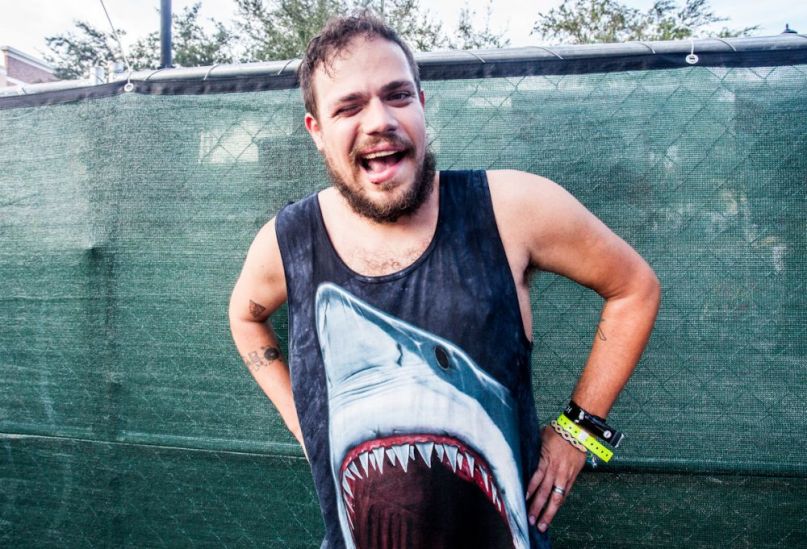 The release includes two new songs from Rosenstock, including a cover of Patsy Cline’s “She Got You” and “NEVERGONNAGETITBACKAGAIN!!!”, a breakneck track (mostly) written in total isolation in a double wide trailer in the Catskill mountains. SKASUCKS’ side features three songs of their own.

Originally, Split with SKASUCKS was available as a limited edition 7-inch vinyl, but unfortunately, all the copies have sold out. However, the digital album is still available here at name your price until June 28th. The suggested donation is $5, and you can also listen below.

Rosenstock explained how the split came together via Facebook:

“In 2014 I got to go to Asia for the first time playing in The Bruce Lee Band,” he stated. “We arrived in South Korea very jetlagged and confused, but our buddies Jiwon, Jeff, Trash and Jinsuk took care of us and we very quickly became friends. Jiwon and Jinsuk play in a sick ska band called Skasucks, Jeff & Trash have a record label, so we decided that if one of our bands ever goes to the other country we’d do a split. Three years later, Skasucks is touring the west coast so we’re like YEAHHHHH LET’S DO THIS SPLIT.”

Rosenstock is touring North America throughout July and early August in support of WORRY., including an appearance at Pitchfork Music Festival. Find the full schedule below.