Film Review: The Book of Henry

Colin Trevorrow's return to indie filmmaking is a deeply unorthodox drama, for better and (mostly) worse 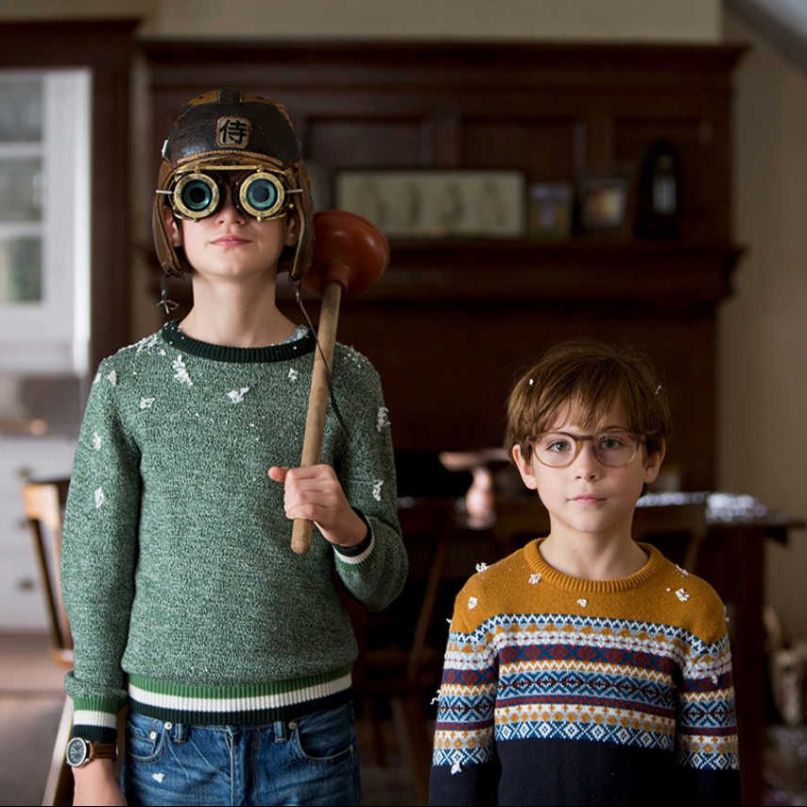 The Book of Henry is the kind of drama that leaves you walking out of the theater, mouth agape, wondering exactly how you got to where you are by the end of its 105 minutes. It’s a film of twists, to be sure, and they’re the kind of spectacularly miscalculated ones that squander much of what goodwill the film does manage to earn along the way. It’s a strange endeavor, blending the disparate subgenres of the mid-aughts American indie, the cute-kid comedy, the struggling single parent drama, the dying child melodrama, the child endangerment thriller, and at points, even the morally-ambiguous assassin saga. If only Colin Trevorrow had a more confident handle in any one of these directions, or much of an idea as to how to fuse them together.

What emerges is an unwieldy beast of a film that isn’t good but is indeed flabbergasting, the kind of thing you’ll tell your friends who love “bad” movies to add to their watch lists as soon as possible. Among many of its burdens, The Book of Henry is built on the highly suspect assumption that precocious, preternaturally intelligent children are such a beloved movie device that they’ll make even the most inane premises stick the landing. (Trevorrow also made this mistake pretty frequently throughout Jurassic World as well.)

The titular Henry (Jaeden Lieberher) is the head of his household, demonstrated early when he hassles his mother Susan (Naomi Watts) about the bills while she sits on the couch, playing her video games. Henry isn’t just smart for his age, he’s smart for any age. His teacher wonders why he isn’t in a school for gifted children, and Henry responds flatly that it’s to work on his socialization. He calls from a payphone to maintain his stock portfolio, one doing well enough that, as he reminds Susan she could quit her job at any time. Henry’s a jack of many trades: he maintains the family bank accounts, he repurposes household junk into Rube Goldberg devices and inventions, he waxes existential in front of his classmates about how one’s legacy can only be measured by the people around them.

As you might guess, Henry is the kind of screenwriter creation that’s calibrated for maximum lovability and instead ends up somewhere between “patronizing” and “oh god, somebody wedgie this kid.” This isn’t a remark on Lieberher’s performance, to be clear; even when chewing through some of Gregg Hurwitz’s talkiest dialogue (of which there’s a good bit), the young actor finds little notes of earnest sincerity in a kid who’s not only too intelligent to relate to the people around him, but more or less knows it. Even his younger brother Peter (Jacob Tremblay), who practically worships Henry, can see that he’s not like the other kids at school.

But Henry has bigger things on his mind. In addition to taking care of his family, he’s given reason to start watching over Christina (Maddie Ziegler), their shy next-door neighbor and object of Henry’s quiet affections. As he sees one night, something horrible is going on between Christina and her stepdad Glenn Sickleman (Dean Norris), the local police superintendent. And when calling child protective services doesn’t work, given that the director of the local office is related to Glenn, Henry starts to think that maybe he’s the person to do something.

But when Henry takes gravely ill, Susan is also roped into what Trevorrow initially portrays as an overzealous child’s scheme and what eventually becomes the spine of a very different movie than the one The Book of Henry teases in its gently humorous early scenes. It’s difficult to describe exactly where the film goes so audaciously wrong without getting into too many of the details, but what begins as an amalgam of The Goonies’ working-class kid adventures and a quirky dramedy eventually turns into what a Death Wish film might look like if it were far more concerned with the grieving process than with fetishistic violence. To describe the film’s bizarre turns in any further detail would be to shortchange the disorienting experience of working through Trevorrow’s third feature at its own chosen pace.

The narrative and tonal gambit the film takes could have been breathtaking if executed successfully, but it only hints at genuine depth in fleeting instances. Most of those arrive thanks to Watts, who gives a performance of wired vulnerability that much of the film around her struggles to match. Of all the comic beats the film attempts to land, the ones involving her endearing semi-maturity are the best. And whether she’s lost in a manic episode and cooking her way through an entire kitchen, or letting a tidal wave of emotions pass over her face when discovering an unexpected tape, the actress brings a sense of pathos to her scenes that the film chases after frequently and rarely achieves.

It’s often easy to pin a fiasco on the filmmaker alone, and it’s not as though Hurwitz’s preposterous script is blameless for what The Book of Henry ultimately turns out to be. But Trevorrow’s choices are as questionable as they are eclectic, and very little of the film eventually comes together, or pays off with the gravity he clearly desires. The twee, folky instrumentation of the score floats over grave hospital sequences, a scene of a child casing a gun shop is played for uneasy laughter, and one particularly wild scene cuts together an action sequence in a forest with that old standby of child melodramas, a parent trying to make the school talent show before their kid goes on. Trevorrow works in a riot of narrative styles, even as the film’s visuals are far too unambitious to match that approach, and his only real success is the outrageous lunacy of the finished product as a whole.

The Book of Henry aims big, and for whatever else can be said about it, it’s certainly not a film that you’ll likely be able to guess about from scene to scene. But it’s a film that’s not so much appreciable for its merits as for its misfires, and even if that might be enough to earn it fans in some corners of film appreciation, it’s still an emotionally miscalculated free-for-all of a drama. It aims for the kind of sprawl that could contain a film with so many big ideas about death and grief and cruelty and salvation, but it’s somehow at once too modest for how bizarre it eventually gets and too excessive to meaningfully deliver on those emotions.