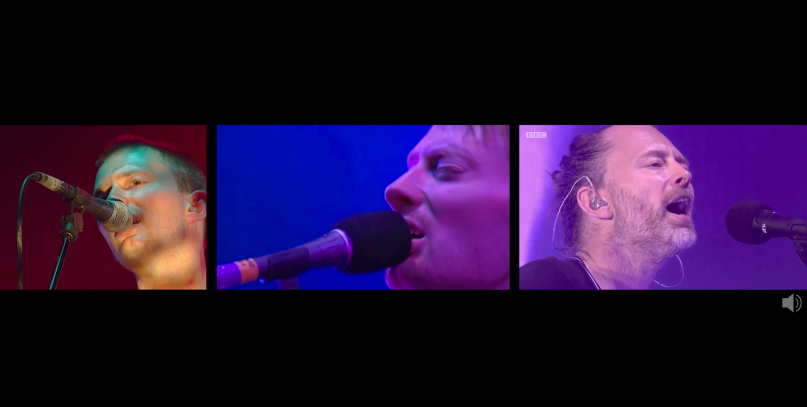 This past weekend, Radiohead took the stage at Glastonbury. The career-spanning performance marked the band’s third time headlining the festival. Now, a member of the band’s subreddit has juxtaposed footage of “Paranoid Android” and “Karma Police” from this weekend’s set with previous performances from 2003 and 1997. The videos, which you can see below, provide a fascinating side-by-side-by-side illustration of the band’s sonic and stylistic evolution over the last two decades.