Sure, there was The Color Purple, The BFG, and The Sugarland Express... but she's not entirely off the mark 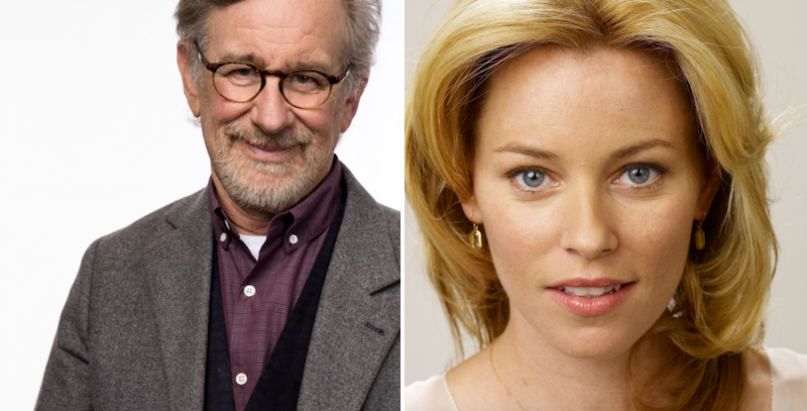 Elizabeth Banks was the recipient of this year’s the Crystal Award for excellence in film at the Women in Film’s Crystal + Lucy Awards. While accepting the award at a ceremony on Tuesday evening, the actress/director called on parents to take their children to movies with empowering female characters. “You’re in charge of what they do,” she said. “Like, buy a fucking ticket to a movie with a woman. Take them, give them the experience of seeing an amazing women on film!”

However, she also went out of her way to note that those movies likely wouldn’t be directed by Steven Spielberg. “I went to Indiana Jones and Jaws and every movie Steven Spielberg ever made, and by the way, he’s never made a movie with a female lead,” Banks told the audience. “Sorry, Steven. I don’t mean to call your ass out, but it’s true.”

According to The Wrap, an audience member called out “The Color Purple!”, reminding Banks that her statement was not actually true. Spielberg helmed the 1985 classic film, which starred Whoopi Goldberg as the central character. In fact, he was snubbed for a Best Director Oscar nomination when the feature received recognition in 11 other categories, including a Best Actress nod for Goldberg.

Banks quickly moved on, and that’s without someone mentioning Spielberg’s second film, The Sugarland Express, or that the primary protagonist of last year’s The BFG was a little girl. There’s also the upcoming The Papers, which stars Meryl Streep as Washington Post publisher Kay Graham.

Still, just because Banks wasn’t technically right, doesn’t mean she was entirely wrong. Goldie Hawn’s character in Sugarland wasn’t exactly a role model, and The BFG was as much about Mark Rylance’s performance in the title role as the young girl he befriends. Streep’s turn in The Papers will be just the third adult female lead in Spielberg’s over 30 feature films. He’s not the only iconic-level filmmaker to be called out for his lack of roles for women, either, as when Juliette Binoche took shots at both Spielberg and Martin Scorsese last year.

It’s hard to really blast one of the most celebrated filmmakers of the last 50 years — especially when the specific criticism is flawed — but Banks isn’t wrong that there’s a dearth of strong female protagonists in cinema. With films ranging from Battle of the Sexes to Raw to Wonder Woman opening this year, though, the tides may finally be changing. Read more of Banks’ acceptance speech at Deadline.

Update – 11:30 p.m.: After receiving backlash for seeming to dismiss The Color Purple, a film starring predominantly actors of color, Banks has issued an apology. “I messed up,” she began in a tweeted message. “When referring to Steven Spielberg at the Women in Film awards, I framed my comments about his films inaccurately. I want to be clear from the start that I take full responsibility for what I said and I’m sorry.”

Banks continued, “When I made the comments, I was thinking of recent films Steven directed, it was not my intention to dismiss the import of the iconic #TheColorPurple.” She also acknowledged the individual who attempted to correct her, Shari Belafonte, saying she “made things worse” by appearing to ignore her. “I spoke with Shari backstage and she was kind enough to forgive me. Those who have the privilege and honor of directing and producing films should be held to account for our mistakes, whether it’s about diversity or inaccurate statements. I’m very sorry.”

Read her full statement below.