by Lior Phillips and Adam Kivel 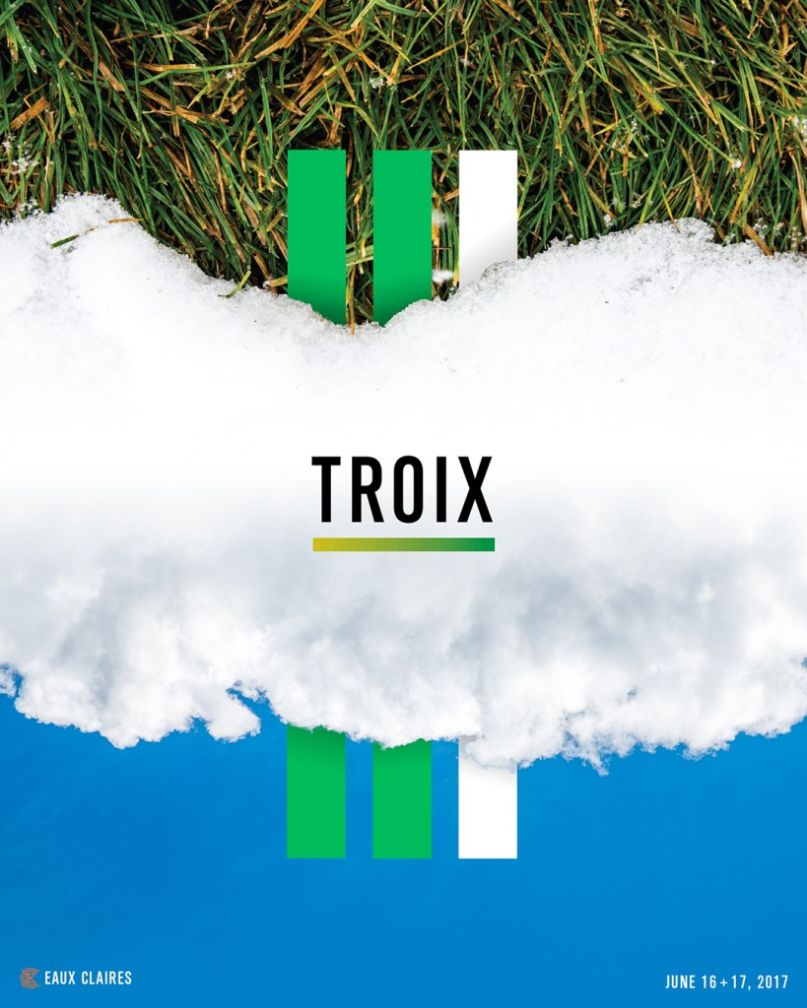 Throughout Eaux Claires Troix, multiple performers called the festival a “musical experiment.” Others touted it as a way to celebrate friendship, while yet others talked about the festival’s golden reputation. And, as Eaux Claires’ co-founder and Eau Claire native, no one stood taller across the weekend than Justin Vernon. Looking around the campground, it was impossible to go a few seconds without spotting someone either wearing something Bon Iver-related or tattooed with iconography. For that reason, it seemed obvious that the band’s set would be the most anticipated of the weekend. But in true Eaux Claires fashion, the set was labeled “Bon Iver Presents John Prine & The American Songbook,” Vernon and a constantly rotating all-star troupe performing sweet, soaring, respectful covers of the legend’s material. Sam Amidon’s impeccable banjo playing was only outdone by his shouted harmonica impression, having left the actual thing backstage. The trio of Mountain Man vocalists’ rolling harmonies on “That’s the Way the World Goes Round” proved to be a highlight, as did Jenny Lewis’s take on “Christmas in Heaven”. The set featured everyone from The National’s Aaron Dessner to rapper Spank Rock, all smooshed into the Prine mold. After an hour or so of amiable collaboration and beautiful songs, Vernon welcomed his hero to the stage — and then the thunder, lightning, and rain came hard, Prine himself performing only a couple of songs.

The set proved emblematic of the entire festival: full of friendship, family, passionate performance, and surprises, beauty that not even storms could completely drown out, no matter how torrential. That collaborative spirit certainly made the already small festival feel that much more tight knit, the campgrounds full of new friends and shared meals. The woods surrounding the festival were also littered with fascinating art experiences, lending an even more magical feeling to the proceedings. There was a drum kit composed of glass jars, pieces of rain gutter, and other assorted odds and ends, played by water droplets launched by a tablet computer sequencer. There was a terrarium of crickets with a microphone pointed into it, the surrounding speakers playing back the insects’ soothing calls. There were also roving groups of artists tying everything together, from the traditional dancing and percussion of Native American performers Midnite Express to the incredibly less traditional group of artists who donned pinkish sleeping bags and wriggled around, calling themselves Worms.

Now three years into its existence, Eaux Claires has established itself as a leader through creating an incredible, fulfilling artistic experience for the performers, which of course naturally leads to an equally powerful experience for attendees. The mix of big-name headliners (Paul Simon, Chance the Rapper, Wilco), unique collaborations (the Vernon-Aaron Dessner project Big Red Machine, and the many Wilco offshoots), and local heroes (Collections of Colonies of Bees, S. Carey, and, of course, Vernon himself) made for a small but very cohesive experience. At just two days, Eaux Claires packs a whole lot into its brief moment, and leaves attendees wanting more. And with the glut of festivals stretching longer and longer, that’s quite the compliment. That said, it was still a real challenge to pick out the best highlights, but here are the top 10.