Dave Grohl won’t rule out return of Them Crooked Vultures: “We do talk about it” 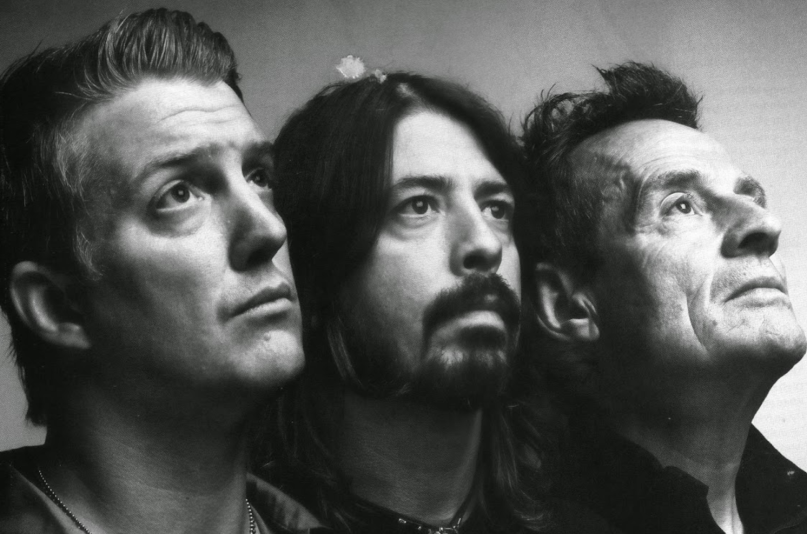 Them Crooked Vultures existed for a brief two-year period between 2009 and 2010, during which Dave Grohl, Josh Homme, Led Zeppelin’s John Paul Jones put out one stellar rock album and tore up stages across the globe. The supergroup has since gone its separate ways, though a revival may be in the cards at some point in the near future

“We do talk about it,” Grohl said regards to a reunion of Them Crooked Vultures. Appearing on Beats 1 Radio to promote Foo Fighters’ new single “Run”, Grohl told Zane Lowe, “Every once in a while, you’ll be up at night drinking a bottle of wine by yourself, and you’ll watch some Crooked Vultures live thing on YouTube and go, ‘We were so good!,” and then we’ll text each other saying, ‘Miss you man!'”

(Read: The 10 Greatest Supergroups of All Time)

Grohl and Jones previously indicated that the group had been working on a sophomore album, though plans for a late 2011 release fell by the wayside. With both Foo Fighters and Homme’s Queens of the Stone Age revving up for new album cycles, it’ll likely be some time before all three rockers have a chance to get back together. However, it’s certainly great to hear they’ve at least spoken about the possibility.