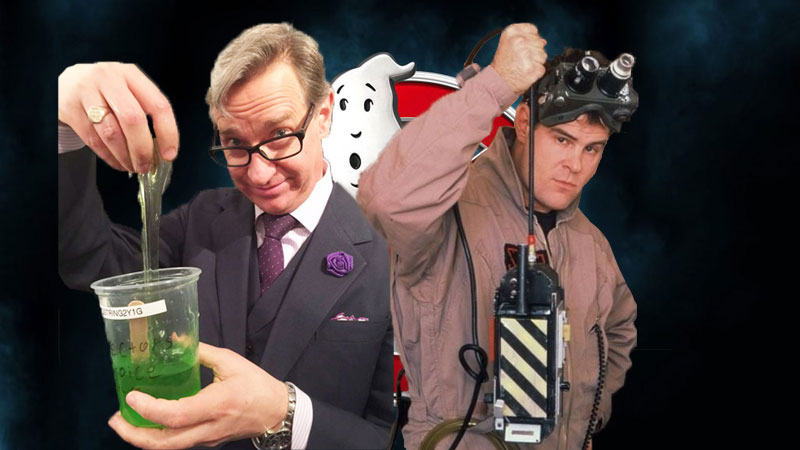 Almost a year on from the release of 2016’s Ghostbusters reboot (which is apparently now called Ghostbusters: Answer the Call), it’s pretty clear Sony has no interest in pursuing a sequel. Despite generally good reviews, the film simply wasn’t the box office success it needed to be to warrant a follow-up. During an interview on England’s Channel 4 program Sunday Brunch, the franchise’s brainchild Dan Aykroyd laid the blame for the financial failure squarely at the feet of one person: director Paul Feig.

When the topic of the remake came up, Aykroyd acknowledged the stellar cast (Melissa McCarthy, Kristen Wiig, Kate McKinnon, and Leslie Jones) and said he “was really happy with the movie.” However, the film’s meager $229 million box office take on a $144 million budget (not including marketing) meant that it simply cost too much in the end. Films of this size typically want to see their production budget doubled during their theatrical run, and not opening in China surely stifled Ghostbusters’ ability to hit that mark. But according to Aykroyd, the mark wouldn’t have been so high if Feig had just listened to him.

“The director, he spent too much on it,” Aykroyd continued, directly calling out Feig. “He didn’t shoot scenes we suggested to him and several scenes that were going to be needed and he said, ‘Nah, we don’t need them.’ Then we tested the movie and they needed them and he had to go back. About $30 to $40 million in reshoots. So he will not be back on the Sony lot anytime soon.”

Sony reportedly lost $70 million on the failed blockbuster, a large chunk of its $719 deficit for 2016. It’s not entirely clear if Aykroyd was just being quippy saying Feig’s relationship with the studio has been damaged, but it’s safe to say there won’t be a Ghostbusters: Dial B for Busting anytime soon. Watch Aykroyd’s statement below.

Still, all hope for the paranormal investigators and exterminators is not lost. Original Ghostbusters director Ivan Reitman is working on two animated versions through his Ghost Corps. production subsidiary: a TV series dubbed to Ghostbusters: Ecto Force aiming for 2018, and an animated feature targeting 2019. Keep those streams crossed.