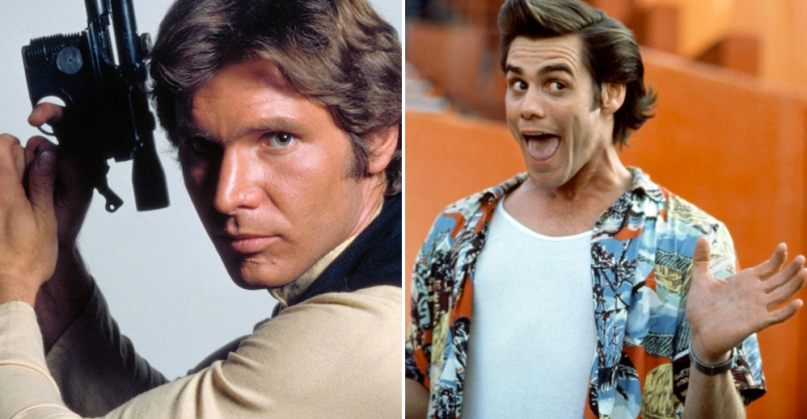 When Chris Miller and Phil Lord made their surprise departure from the Han Solo Star Wars anthology film, they used the familiar “creative differences” line. It seemed the pair had clashed tonally with screenwriter Lawrence Kasdan, and so they and Disney/Lucasfilms decided it was time to part ways. According to a new report from Express, however, it may have been the movie’s star Alden Ehrenreich who had the real issue with the directing duo.

The actor, who plays a young version of Harrison Ford’s iconic character, apparently wasn’t thrilled with Miller and Lord’s “zany” take on the beloved rapscallion. Sources say the directors were pushing Solo so far towards “screwball comedy” that he was beginning to look “oddly comparable to Jim Carrey’s performance in Ace Ventura at times.” Ehrenreich is said to have brought his concerns to a producer, who went to Lucasfilm president Kathleen Kennedy. After reviewing some of the footage, Kennedy then decided it was best to move on from Miller and Lord.

(Read: We’ve Got a Bad Feeling About the Star Wars Franchise)

Whatever the cause, Kennedy found herself a hell of a replacement in Ron Howard. Over three and a half more weeks of principal photography and another five weeks of reshoots, he’ll try to course correct whatever the studio found displeasing with Miller and Lord’s work. Solo definitely should not be a kooky little scamp, even in his youth, so hopefully Howard will be able to salvage the budding smuggler’s persona.