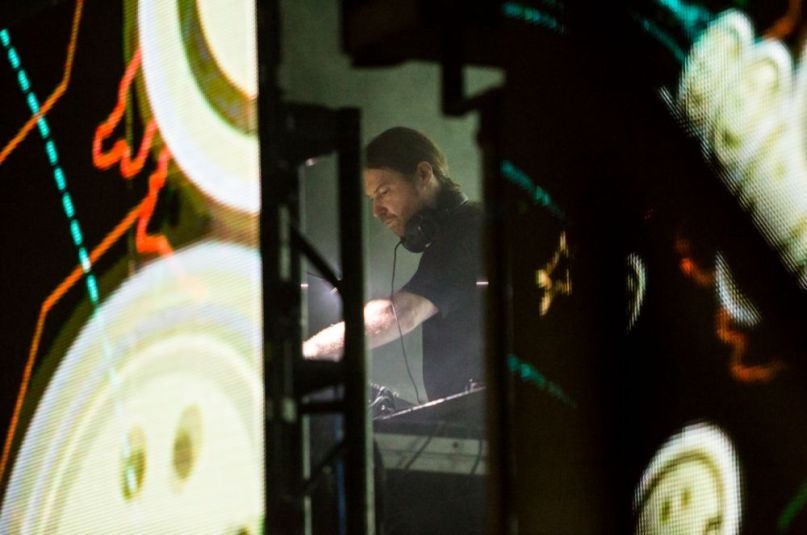 On Saturday, Aphex Twin is playing a headlining set at London’s Field Day Festival, and he has a special treat for viewers at home. Not only is he sharing the set in his first ever live-streamed performance, he’s partnering with a previous collaborator, London-based video designer Weirdcore, to make it a “bespoke online visual immersion.”

The concert will be hosted on the NTS Radio site and airs on Saturday, June 3rd at 8:55 pm local time (3:55 pm ET). It’s certainly worth tuning in, if only to see how Weirdcore adapts his innovative, twisted style to a live feed. If the teasers are any indication, it should be quite the trip.

While Aphex Twin, aka Richard D. James, might be a late adopter to the live streaming, the enigmatic artist has a history as a tech-savvy artist. In the past, he’s used a “secret” Soundcloud account to leak a vault of rarities and new material.

Following his set at Field Day Festival, James will continue on the festival circuit this summer, including dates at NOS Primavera Sound Festival and Fuji Rock Festival. Check out his full tour schedule below.