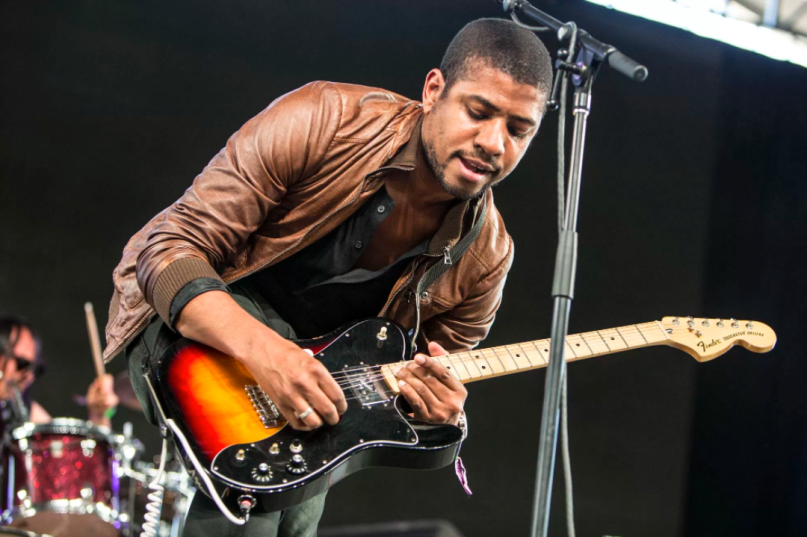 When it comes to music with political statements in 2017, you’ll be hard pressed to find anything more powerful and overt than Algiers. The New York/London band recently announced their sophomore album, The Underside of Power, with its hard-hitting, soulful title track. Now, they’re back with another culturally critical single, “Cleveland”.

The track title references Tamir Rice, the 12-year-old black boy who was killed by police in November 2014. “Cleveland” serves as a tribute to all victims of unchecked police brutality, however, as a press release notes “the lyrics summon Kindra Chapman, Andre Jones, Lennon Lacy, Sandra Bland, Roosevelt Pernell, Keith Warren and AlfredWright.” Like the previous track, there’s an air of affirmation in the song’s dark tones, only this time they’re buried far deeper under electronic textures and heavy punk gospel. In fact, there are actually the sounds of people crying layered into the mix.

“A recurring theme in our music is the idea of injustice and the bitter understanding that obtaining justice in this world is all but impossible — particularly for black and brown people,”frontman Franklin James Fisher explained in a statement. “I wanted the song to sound like the Final Judgement in the Bible, wherein the wicked are judged and condemned by the righteous with all the ‘weeping and gnashing of teeth,’ of the damned when justice is finally realized. This translates in the ‘solo’ section of the song. It consists of various recordings of people inconsolably crying and weeping while the guitar and lead vocal mirror their contortions. If you’ve ever witnessed something like that in real life, sound of a person’s sorrow is equal parts frightening and musical.”

Take a listen to “Cleveland” below.

The Underside of Power is due out June 23rd on Matador Records. Algiers are currently touring Europe with Depeche Mode in support of the release, with North American dates coming in July. Check their schedule below.