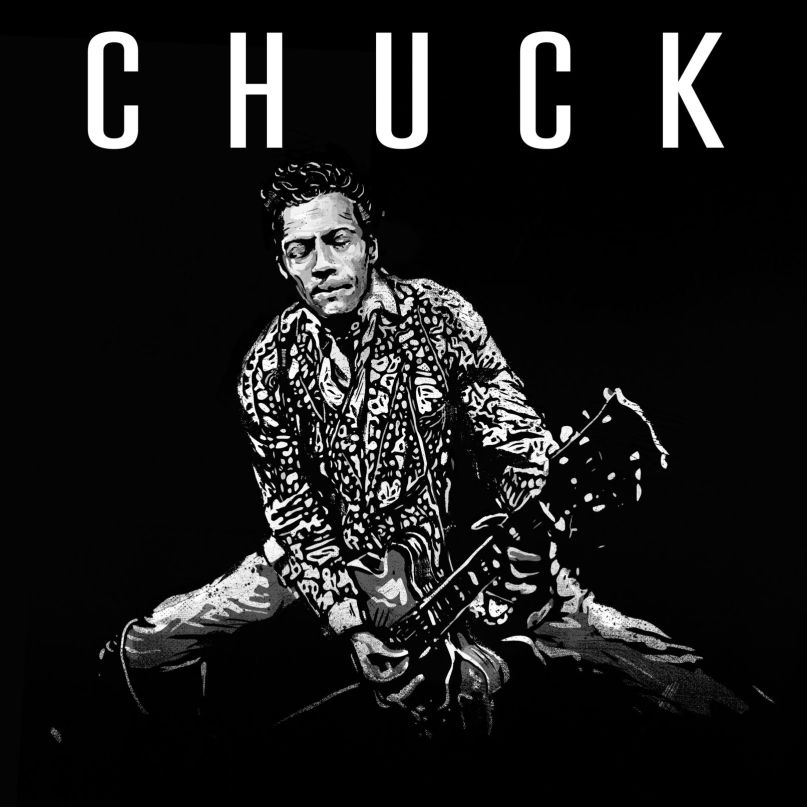 As far as storylines go, the one surrounding Chuck Berry’s posthumous final album could make your mouth water. Chuck isn’t just the pioneering rock hero’s first album since 1978; it arrives three months after his death. As such, it’s much more than the comeback album it appears to be on the surface. The 10-song collection also stands as the final will and testament of one of rock music’s most influential and enduring figures. Knowing this is the end, the question of how Berry leaves his legacy begs to be answered.

This all sounds good on paper, but as much as we all like a grabby narrative to cling on to, Berry’s final recording doesn’t need it. All he’s ever had to do is hit us with a few hooks, some killer guitar licks, and a generous dash of swagger. To that end, Chuck caps Berry’s career on a triumphant note. Absent of any notions of recalibrating Berry’s sound for 2017, it’s the work of a rogue iconoclast sticking firmly to his stock and trade to great effect.

Berry had been anything but dormant over the course of his 38-year recording hiatus. He continued to tour up until his death at the age of 90, famously playing behind a different band of locals in every city he hit. That hustle has kept Berry’s musical motor skills plenty sharp, and Chuck will sound instantly familiar to anyone who has ever rambled through the singer’s back catalog. So familiar, in fact, that Berry occasionally lifts pieces of his past wholesale. The legendary opening riff to “Johnny B. Goode”, one of the most famous in all of rock music, kicks off “Big Boys”, the record’s first single. It’s the kind of song we’ve heard Berry pull out of his hat countless times. But with the help of a solid backing band, some added guitar assistance from Tom Morello, and Berry’s crisp and lively production, it still sounds remarkably fresh.

It’s inspiring to hear how much fun Berry was having with Chuck, even at his advanced age. Whether he’s dishing out duck walk-worthy rockers or settling into the slowed-down blues of tracks like “You Go to My Head”, Berry still comes across on record as the same rambunctious rock and roll upstart that gave us “Maybellene” so many years ago. As he confesses on the punch-drunk waltz number “3/4 Time (Enchiladas)”, music is an addiction he just can’t kick. “Sometimes I get sideways, staying up all night writing songs,” he sings. “I know it ain’t healthy, but somehow I keep going on.” It’s not hard to imagine that these recordings, some of which date back to 1991, are exactly what kept him going all those years.

Chuck is reliably cool, sometimes suggestive, rock and roll fun. To expect anything less would be foolish, but the record offers a lot more. Some of its best moments arrive when Berry steps back from being the life of the party. The singer’s music has long reveled in themes of teen lust and infatuation, but the singer showcased on Chuck only has eyes for one woman. Lead-off track “Wonderful Woman” might on the surface sound like another textbook case of Berry chasing skirt, but the song is an ode to his wife, Toddy. Listening to him romanticize and think back on their first encounter reveals the heart behind the rock and roll playboy. His love for his wife also inspires “Lady B. Goode”, a playful repurposing of “Johnny B. Goode” told through the eyes of his womanly muse. He also confides in Toddy on the boozy bar ballad “Darlin’”, in which he considers his life and career’s impending end. “My dear,” he confesses. “The time is passing fast away.”

It’s bittersweet to hear a legend like Berry foresee the end coming around the road, but he at least left this world with a feeling of peace about his legacy. “In my day and time, my music was considered superb,” he boasts on the confessional blues number “Dutchman”. Give the man an A for modesty. If Berry leaves the world with any last thoughts on Chuck, it’s that his vitality and relevance will continue to endure.