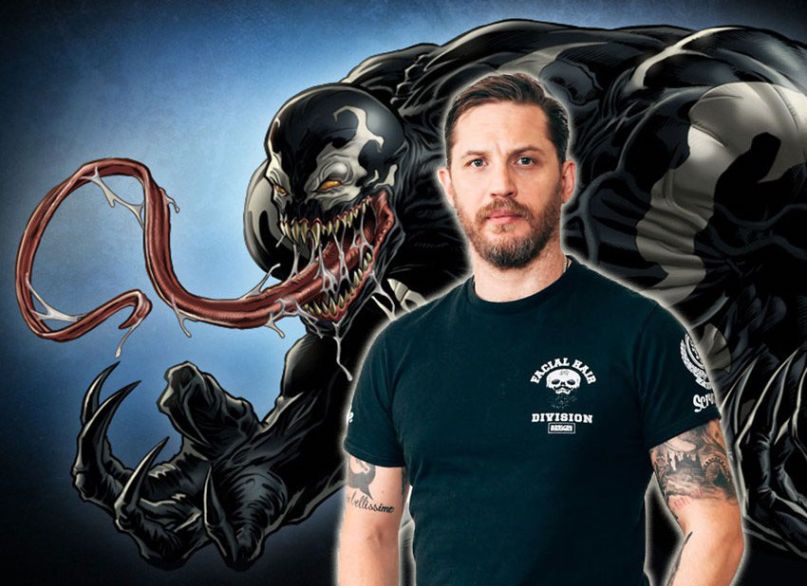 Tom Hardy gave us a pretty memorable — and quotable — turn as DC Comics villain Bane. Now, the actor will portray another classic comic baddie from the Marvel universe, as he’s reportedly set to headline Sony’s Venom.

Hardy is in final negotiations for the title role, playing one of Spider-Man’s most iconic adversaries. At the same time, director Ruben Fleischer (Zombieland, Santa Clarita Diet) is equally close to signing on to helm the project (via The Hollywood Reporter). Sony is aiming for an R-rating with Venom and considers the film a top priority, hoping to use it as a launching pad for the Spiderverse that The Amazing Spider-Man 2 failed to get off the ground.

Of course, that’s where things get mighty complicated. Spider-Man is now a member of the Marvel Cinematic Universe thanks to an unprecedented deal with Marvel Studios. Sony still owns separate film rights to a number of Spidey-related characters, however, and any movie they make is apparently going to be separate from the MCU. Therefore, Venom is in no way related to the forthcoming Spider-Man: Homecoming, starring Tom Holland.

So how do you make a movie about one of Spider-Man’s greatest villains — a character whose very existence is predicated on an interaction with the hero — without actually using Spider-Man? That’s the challenge facing writers Scott Rosenberg and Jeff Pinkner, who penned the Venom script, and Fleischer.

In the comics, Venom is actually a symbiotic alien lifeform that latches onto a host body, granting the wearer incredible powers but also taking them down a dark path of insanity. The symbiote originally attaches himself to Spider-Man, but when Peter Parker realizes how its affecting him, he separates himself from the creature. Feeling spurned, the symbiote latches onto Eddie Brock, a journalistic rival of Parker’s. Their hate feeds of each other, turning Venom into one of the most dangerous, twisted bad guys Spidey has ever faced.

Without access to Peter Parker, however, the filmmakers have their work cut out for them. Sony is betting a lot on this film’s success, too, as they’re already planning the next Spider-Man non-spinoff, Silver Sable and the Black Cat. They’re also working on an animated Spider-Man film centered around the Mile Morales version of the character, with The Get Down’s Shameik Moore voicing the title role.

Venom is looking to web up a October 5th, 2018 release date, and Sony is pushing hard to make that happen.