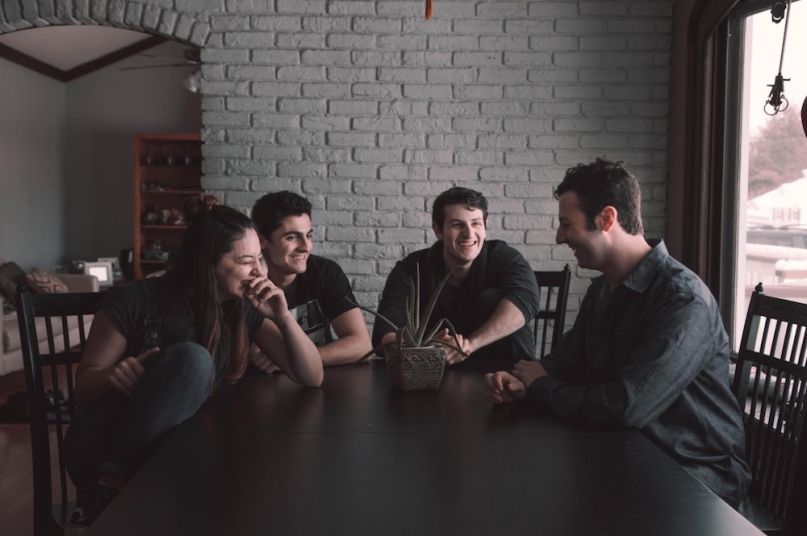 Springfield, New Jersey indie rock band The Vaughns have established themselves on the local scene through their 2015 EP, tomfoolery, and high-energy performances in basements and bars. Over the past year, they’ve been spending time in the studio refining their craft, with the goal of reaching a wider audience. To show off the fruits of their labor, the quartet has shared a new single, “Santa Cruz”.

Anchored by a slinky bassline and satisfyingly crunchy guitars, the moody track showcases lead singer Anna Lies’ powerhouse vocals as she contemplates the true nature of love. Is it better to have been through the excitement of a tumultuous relationship or should the goal be something less dramatic?

“When writing the song I was thinking about the contradictions between love as we see it in real life, and love as depicted in movies,” Lies explains to Consequence of Sound. “In movies things are often so intense, yet when I look at great couples in my life I see something much lighter. Santa Cruz, CA is known for its moderate weather climate — 60s and fairly sunny all year long — and so the thought was that maybe what we strive for in love should be more like that: consistent and warm.”

Listen to “Santa Cruz” below.

Although The Vaughns haven’t announced any definitive plans for an album or EP, rest assured that more new music is on the way. In the meantime, they’re playing several shows in the New Jersey-New York area this summer. Find their full schedule below.