The MP3 has been declared dead by its original creators

The AAC audio format is officially the new gold standard 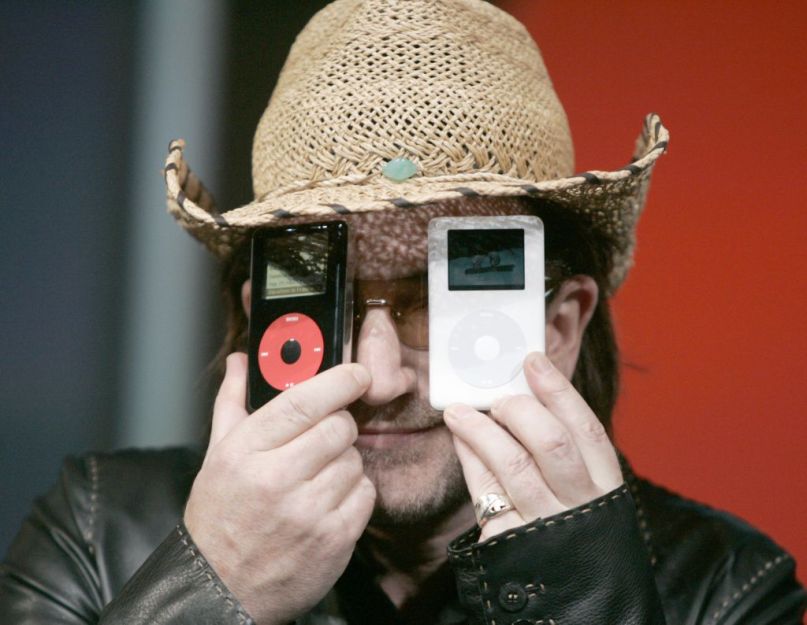 APPLE27_140_MJM.jpg After the press conference and during a photo op, Bono displays the 2 new iPods. Apple Computer unveiled a color screen version of its popular iPod music player in addition to a black and red special addition version in partnership with the rock band U2. At a press conference in San Jose, Apple CEO Steve Jobs showed off both versions of the iPod and Bono and The Edge of U2 performed 2 new songs from their upcoming album. Photo by Michael Maloney / San Francisco Chronicle Ran on: 04-14-2005 Rock star Bono displays two iPods, one of them a black-and-red U2 edition, at an October news conference.

The internet is filled with people claiming things are dead, be it disco, rock and roll, or Britney Spears. When the creator of a particular thing makes that claim, however, it might be time to listen. Such is the case with the mighty MP3, which, due to numerous advancements in sound technology since its advent in the mid-90s, has been declared dead and buried by those who made it mainstream.

The “licensing program for certain MP3 related patents and software of Technicolor and Fraunhofer IIS has been terminated,” says the Fraunhofer Institute for Integrated Circuits, a division of the state-funded German research institution that pumped cash into the development of the MP3 in the late ’80s.

This news comes via NPR, who was told by Fraunhofer’s Berhhard Grill that the AAC audio format is the “de facto standard for music download and videos on mobile phones,” saying that it’s “more efficient than MP3 and offers a lot more functionality.” Ever the soothsayers, Apple discontinued its dedicated MP3 player, the iPod Classic, three years prior in September 2014.

Though nostalgia might convince us to mourn the fallen MP3—it did help pave the way for digital streaming, after all—this is ultimately a good thing. As reported by What Hi-Fi, the Audio Engineering Library recently conducted a study that displayed how MP3s and other low-quality compression formats can negatively effect “the timbral and emotional characteristics of a song.” What this means is that one should never have listened to Elliott Smith via MP3.

R.I.P. MP3. For better or worse, you changed the world.