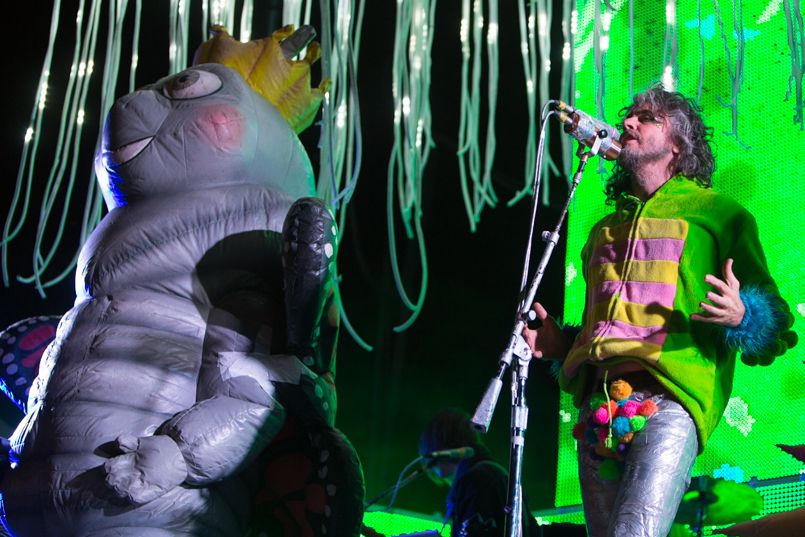 For Record Store Day this year, The Flaming Lips released Onboard The International Space Station Concert For Peace, a release they described as featuring “seven live(ish) tracks from Oczy Mlody reimagined as a fictional/fantastical live Flaming Lips performance on the International Space Station.” The release was limited to just 2,700 copies, so it’s very likely you weren’t able to get your mitts on one.

Well, here’s some consolation: The album is now available to stream on Apple Music and Spotify. It’s a trippy listen, a woozy, synth-heavy amalgamation of soft, swooning melodies and mind-melting synthesizer swirls. Stream it below.

Audiences may get a taste of these trippy tracks when Wayne Coyne and co. hit he festival circuit this summer, or mayhaps with an assist from Mac DeMarco when they hit the road this fall.